Hurtigruten's New Cruise Ship Named 'Next to the North Pole' 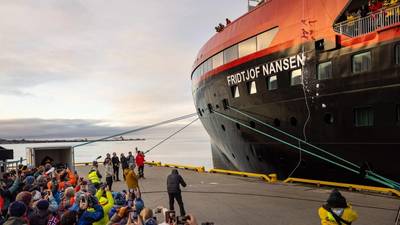 Ice breaks against the hull as battery-hybrid MS Fridtjof Nansen was named in a ceremony at home in Longyearbyen, Svalbard. (Photo: Espen Mills/Hurtigruten Expeditions)

Hurtigruten Expeditions’ new battery-hybrid powered MS Fridtjof Nansen has made history with the northernmost naming ceremony for a passenger ship—at the location where expedition cruising began in 1896.

At latitude 78˚ North in Longyearbyen, Svalbard—often dubbed “next to the North Pole”—the local community joined the celebrations of one of the world’s greenest and most advanced cruise ships.

“We are thrilled to celebrate more than 125 years of exploration and adventure travel where it all began. We couldn’t be prouder acknowledging this important milestone by naming this engineering marvel at the spot where our founder Richard With pioneered modern-day expedition cruising,” said Hurtigruten Group CEO Daniel Skjeldam.

As Sørby and Strøm crushed the ice against the hybrid powered ship’s raked bow, the explorers quoted Amundsen’s words from when he named polar ship Maud in 1917.

“It is not my intention to dishonor the glorious grape, but already now you shall get the taste of your real environment. For the ice you have been built, in the ice you shall stay most of your life, and in the ice, you shall solve your tasks.”

The traditional godmother gift was also replaced by a joint donation to local projects by Sørby and Strøm’s Hearts in the Ice project and Hurtigruten Foundation.

To honor the century-long Svalbard heritage, MS Fridtjof Nansen is also the first cruise ship ever to be registered in Longyearbyen.

“By naming this unprecedented ship after Fridtjof Nansen, on Svalbard, we pay tribute to him as an explorer and a scientist and to the rich arctic legacy of Hurtigruten Expeditions. We also salute our long-lasting relationship with the Svalbard community. This small-sized, battery-hybrid powered expedition ship will explore all waters – and she will do so proudly calling Svalbard home,” said Hurtigruten Expeditions CEO Asta Lassesen. 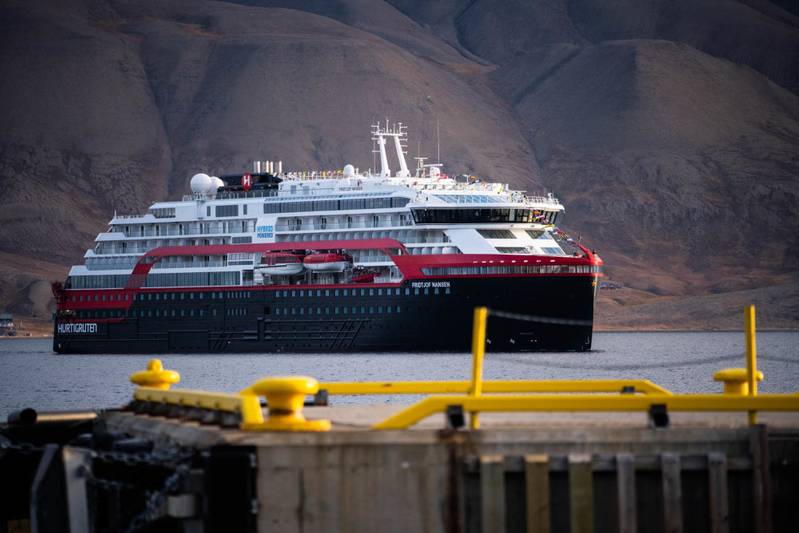