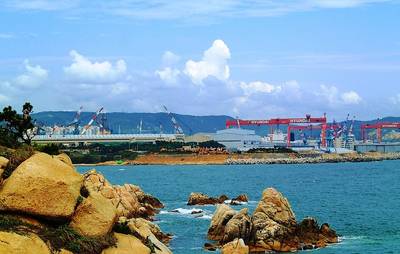 Hyundai Heavy Industries Holdings said on Monday it had appealed to an EU court to fight the European Commission's January decision to block its takeover bid for rival shipbuilder Daewoo Shipbuilding & Marine Engineering.

The suit, made to the European Union's General Court, was filed on March 23, a Hyundai spokesperson said.

Hyundai argued that regulators in other regions had accepted the shipbuilding industry was a market controlled by shipowners' orders and preferences, not market share, and so the proposed takeover did not hurt competition, the spokesperson said.