Grady S. Hurley is leader of the maritime litigation and arbitration team and... 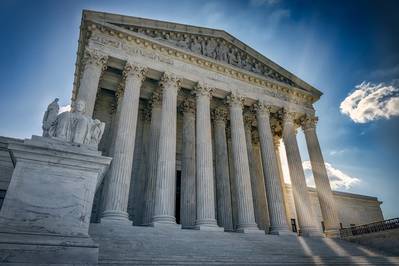 In 1875, the General Moultrie was the first suction dredge built in the United States and was used in the Charleston River — until it sank within a year. During the same era, the city of Houston and other port towns formed companies like the Buffalo Bayou Ship Channel Company to build special-purpose vessels to clear and connect waterways for commercial vessel traffic. Toward the end of the 19th century, the cutter suction dredge made its appearance and effectively dug and maintained water channels. The Foreign Dredge Act of 1906 prohibited foreign-built or chartered vessels from dredging in U.S. waters.

Since its early days, it can easily be argued that dredging is vital to the security and economy of the United States. Present-day dredging maintains the navigable depths of our inland ports and waterways, restores the ecology of wetlands and rebuilds beaches exposed along state boundaries.

The U.S. inland maritime transportation system reportedly accounts for one quarter of the U.S. economy. A lack of maintenance dredging and increasing ship depths have left most U.S. harbors at full depth and width only 35% of the time. Recently, the U.S. Congress invested $10 billion from the Harbor Maintenance Trust Fund to dredge harbors. The Corps of Engineers has also announced the dredging of the Mississippi River from its mouth to Baton Rouge, La., in order to provide a draft of 50 feet for 256 miles of deep-water commerce. Each additional foot of water depth draft equals about $1 million of cargo per ship, impacting our national economy by $127 million annually.

1883 – Atlantic Works v. Brady
A dispute arose out of the construction of a dredge and the validity of a patent for a component part. The Supreme Court held that the design of our patent laws was to reward those that made a “new and useful substantial discovery” that also made an advance in the useful arts.

1907 – Ellis v. Eastern Dredging
Members of a dredge crew were not subject to the eight-hour work limitations for laborers and mechanics as defined under a wage and hour statute. Presently, our Fair Labor Standards Act has an exception for seamen.

1920 – U.S. v. Atlantic Dredging
In a government contract dispute, appealed from the Court of Claims, the Supreme Court held that the private contractor could reasonably have relied upon government representations in its dredging agreement as it would a warranty.

1932 – Brooklyn v. Eastern Dist. Terminal
A government dredge collided with a tug. Mutual fault was found. The Supreme Court reviewed the question of loss of use/demurrage damages and a vessel owner’s duty to mitigate damages arising from a collision—the “substitute vessel” doctrine is still employed in considering loss of use claims.

1943 – O’Donnell v. Great Lakes Dredge & Dock Co.
A seaman was injured while repairing a dredge pipe on land. The Supreme Court extended the Jones Act remedy to him since the seaman was in the service of the vessel even though he was not injured on the vessel. The locality test did not determine the remedy, but rather the scope of employment.

1956 – Senko v. Lacrosse Dredging Corp.
A handyman providing general maintenance to a dredge was injured by an explosion and sued under the Jones Act. The Court held that a jury had wide discretion in determining from the facts whether a “handyman” should be considered a “member of the crew” for Jones Act status purposes. The three-member dissent queried whether Senko was more or less permanently attached to a vessel in commerce. This debate still lingers.

1994 – Am. Dredging v. Miller
As a rule, state law only applies where it does not change substantive maritime law. A personal injury suit was filed in state court under the Jones Act and Savings-to-Suitors Clause. The Supreme Court held that federal law does not preempt state law regarding the doctrine of forum non conveniens when the defendant sought to transfer it to another venue. This doctrine asks whether the chosen location where suit was filed is convenient to the defendant or whether the case can be transferred to a different locale. This doctrine is not substantive, but procedural, maritime law.

2005 – Stewart v. Dutra Constr. Co.
In a unanimous decision, the Supreme Court held that a bucket dredge and its tender were deemed to be a “vessel” for purposes of a personal injury claim. The Court gave a broad definition to “vessel” as defined in 1 U.S.C. 3 regarding “anything that floats.” This decision is now considered in light of Lozman, where the Court held a houseboat was not a vessel.

2009 – Atlantic Sounding, Inc. v. Townsend
An injured seaman is awarded maintenance and cure without regard to fault when an illness or injury manifests itself while in the service of a vessel. The Supreme Court allowed punitive damages for the willful or arbitrary failure of a Jones Act employer to pay maintenance and cure in a narrow 5-4 decision. Punitive damages are not allowed under the Jones Act but exist under general maritime law standing alone.

The unique nature of dredging, its equipment and its personnel have created legal issues that have reached the U.S. Supreme Court in almost every decade since its early inception. In particular, the Supreme Court has grappled with what a vessel is in navigation, what the scope of Jones Act coverage is where individuals have responsibilities both on land and onshore, how and when punitive damages can be assessed for individuals injured on vessels, how state statutes affect the operations on navigable waters, and how far maritime jurisdiction can extend when maritime operations cause injuries on land. Dredging is not only vital to the U.S. economy and its security, but also to the development of general maritime law principles.