Indian Fishermen, Caught Out by Virus Lockdown, Dock After Weeks at Sea 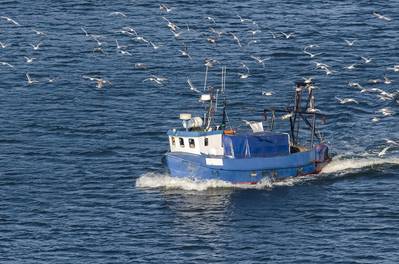 Hundreds of exhausted Indian fishermen, who said they were refused entry at two ports after a nationwide lockdown was imposed to fight the new coronavirus, docked in the western state of Maharashtra on Friday after about a month at sea.

The men were out in the Arabian Sea on March 24 when Prime Minister Narendra Modi announced a 21-day lockdown, which has now been extended to May 3.

They tried to dock at Nargol in the state of Gujarat to the north, but said that locals, fearful they were carrying the disease, stopped them from disembarking. At a second Gujarat port, Umbergaon, locals pelted them with stones from a bridge, they added.

The fishermen, on around two dozen boats, finally managed to dock in the Maharashtran town of Dahanu, 135 km (95 miles) north of state capital Mumbai, on Friday.

They were quickly whisked off for medical tests, according to a Reuters witness.

"It was stressful and we were scared because of the incident in Gujarat," said fisherman Durgesh Mankar, 30, at a medical center. The men had enough food on board, he added.