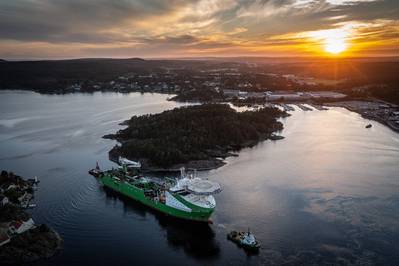 DolWin6 has a transmission capacity of 900 MW and is owned and operated by transmission system operator TenneT. The HVDC cable runs from several offshore wind farms in Germany via Norderney to the German mainland.

"This is the first time a cable-laying vessel has installed cables while powered on LNG, dramatically reducing emissions," Deme Offshore said.

The Living Stone picked up the cables from the Nexans manufacturing facility in Halden, Norway at the start of June and brought them to the offshore site in the German Bight.

"DEME’s dedicated vessel really showcased its unique capabilities. ‘Living Stone’ has two turntables so it is ideally suited for installing bundled HVDC cables. The HVDC cable pair was bundled together with the fiber optic cable on board ‘Living Stone’ and seamlessly installed," DEME Offshore explained. 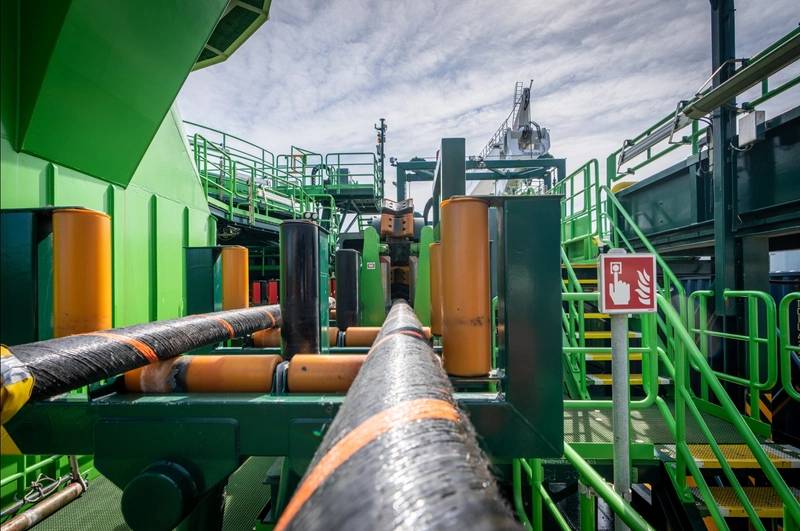 The Living Stone will also take part in the world's largest offshore wind project, the Dogger Bank in the UK, where DEME Offshore has a contract in hand to deliver and install inter-array cables for the Dogger Bank A&B, the first two phases of the 3.6GW development.

The contract to deliver these cables connecting the turbines was described by Deme as a “substantial” one, meaning it’s worth between 150 million and 300 million euros.