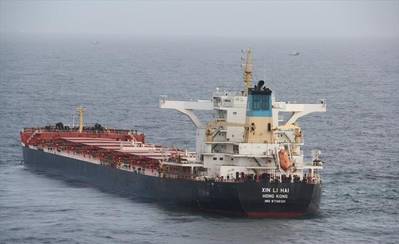 Watchstanders from the 17th Coast Guard District received a report from the Xin Li Hia crew at approximately 5:20 p.m. Sunday requesting a medevac of a crewmember who was suffering from severe abdominal pain. The ship was approximately 800 nautical miles southwest of Dutch Harbor at the time of the report. The Xin Li Hia crew was advised to transit towards Dutch Harbor until they were in-range of the helicopter crew for the medevac.

A Coast Guard Air Station Kodiak MH-60 Jayhawk helicopter crew from Air Station Kodiak arrived on scene at approximately 5:34 p.m. Tuesday, hoisted the crewmember, and transported him to Dutch Harbor where he was met by LifeMed for further transportation to Anchorage.