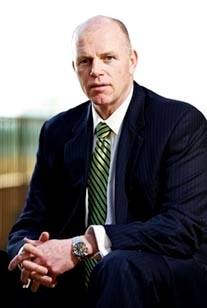 Interferry has confirmed locations for the 2021 and 2022 editions of its industry-leading annual conference – held every October - in the latest initiative to extend its reach as the only organization representing the worldwide ferry industry.

The global trade association’s 46th annual conference will take place in Santander, Spain, followed in 2022 by a twin-venue event in Marrakesh and Tangier, Morocco, which will mark a first for Interferry on the African continent.

Multi-award winner Brittany Ferries will host the Santander conference.  As well as six UK-France services, the company operates four routes between the UK, the Republic of Ireland and northern Spain - from Portsmouth, Plymouth and Cork to Santander, and from Portsmouth to Bilbao.

The Interferry conference’s African debut in Morocco in 2022 will be hosted by FRS.  Headquartered in Germany, the company’s market-leading route network in Europe, North Africa, the Middle East and North America includes the 35-minute fast ferry link between Tarifa, on the southern tip of mainland Spain, and the major Moroccan port city of Tangier.

The conference will be held in historic Marrakesh, while Tangier will stage the technical tour that traditionally closes the five-day event.  FRS is providing financial support to reduce the cost of flying delegates between the two cities.

Recent conference venues chosen by the association – which has consultative status at the IMO – have further underlined the ongoing drive to widen its membership base and international influence.  Following Cancun, Mexico, in 2018, this year’s event takes place in London, widely seen as the world capital of shipping and maritime commerce, and the 2020 conference will be in Hobart, Tasmania.  A call for papers on the London theme of innovation is due to be issued by early April.

Interferry CEO Mike Corrigan notes: “Going to Cancun inspired a number of new members from Central and South America and our community now extends to more than 240 operators and suppliers in 37 countries.  Our latest choices aim to maintain this momentum in strategically important locations.  Strength in unity is crucial at a time when the industry must work together to turn commercial and regulatory challenges into future-proofing opportunities.”