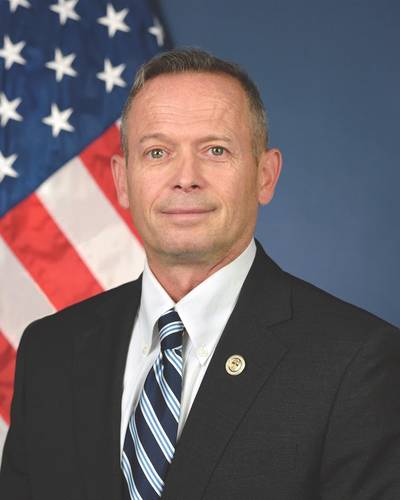 Richard Balzano took over as CEO and executive director of the Dredging Contractors of America in December 2020. And while he says he’s “still fairly new to the [dredging] industry”, he certainly knows his way around the business, having held a number of prominent roles over the course of more than 30 years in the maritime and U.S government sectors. His resume is impressive. A combat veteran of both Iraq and Afghanistan, he retired from the U.S. Navy at the rank of Captain. He later served as the presidentially appointed Deputy Maritime Administrator for three years, and also previously served as senior staff on the U.S. House of Representatives Committee on Homeland Security. In the private sector, Balzano has held leading positions in the defense, commercial maritime, and nuclear utility industries. He earned his B.S. in Marine Engineering with a minor in Nuclear Engineering from the Maine Maritime Academy and a M.S. in Environmental Sciences from Johns Hopkins University. He also holds active dual U.S. Coast Guard Merchant Mariner Licenses.

Please give your assessment of today’s market conditions for U.S. dredging contractors, touching upon fleet numbers, supply and demand.
Our marketplace continues to look stable and growing with all the new influx of federal funding, which includes the recently released Harbor Maintenance Trust Fund (HMTF), the Infrastructure Investment and Jobs Act (IIJA), disaster relief support, and healthy Corps budgets. It will take the Corps time to process this funding, select projects and get contracts out the door. But, as you know, our industry has made significant new investments and stands ready to get to work with abundant capacity.

What are the most important issues that dredging contractors face today?
We have several. We’re always concerned with protecting the Jones Act and keeping stability in the U.S, maritime marketplace. We pay close attention to Congressional funding levels to the Corps. We always keep a close eye on the balance between the commercial fleet and the federal fleet. All of these important issues are essential to our members as we have billions of dollars invested in our U.S.-built, U.S.-owned, and U.S.-crewed equipment.

The U.S. dredging industry is undergoing what has been described as a “building boom”, with many contractors adding new equipment to meet strong demand. From your point of view, what are the key drivers leading to this demand, and do you foresee these—and therefore the building boom—to continue?
Yes. We have invested more than $2 billion since 2018 in new equipment, some of it already in use and some coming on line between now and 2024. The drivers are very simple: The Corps has signaled to our industry for years that we need to offer robust capacity. That, coupled with healthy budgets for the Corps, the IIJA, the release of the HMTF and some disaster relief funding, means strong demand that our industry will always step up to meet.

What are your key takeaways from the U.S. Army Corps of Engineers’ work plan announced earlier this year?
We have been working directly with the Corps with the 3 C’s: communicate, coordinate and cooperate on projects and workload. We want to work close together so that we can complete the projects in the most efficient and cost-effective manner, which is good for taxpayers, for the maritime industry and the broader U.S. economy. We know that Corps will have their hands full trying to manage and contract all the additional funding. Right now, we see only a slight spike in workload and one that we have no problem completing.

Dredging projects certainly received a good jolt of funding from the recent historic Infrastructure Bill, but is it enough when you look at the nation’s overall needs?
We are thankful to the Congress and the Administration for the additional funding we see the Corps receiving. After years of underinvestment, we know the Corps has a backlog of unfunded projects to the tune of $40 Billion, as was pointed out by Chairman DeFazio in a recent Congressional hearing, so more funding is needed.

Maritime has always had to compete with road and rail for government finding dollars. What more must be done to ensure maritime, and specifically dredging projects, receive their fair share?
That has traditionally been the case, however, the supply chain crisis has exposed how important our ports and waterways are, how they’re an essential part of the supply chain and broader transportation system, which is why we need to continue to bring attention to that and keep up the fight for additional funding for maritime projects.

Many parts of the offshore, maritime and logistics sectors are eager for new opportunities created by the U.S. offshore wind industry. What type of work/projects are/will be available to dredging contractors, and will these provide a significant boost for the industry?
Offshore wind is an emerging marketplace and will be an entirely new and vibrant marketplace for the maritime sector. The dredging industry has a role to play, as the undersea structures and cable networks will all need work; it’s an area that our member companies know well. Scouring protection for the cable networks is also a need and our largest member company, Great Lakes Dock and Dredge, just invested nearly $200 million on the first and only rock placement vessel. This new vessel will service the offshore wind market and be Jones Act compliant. 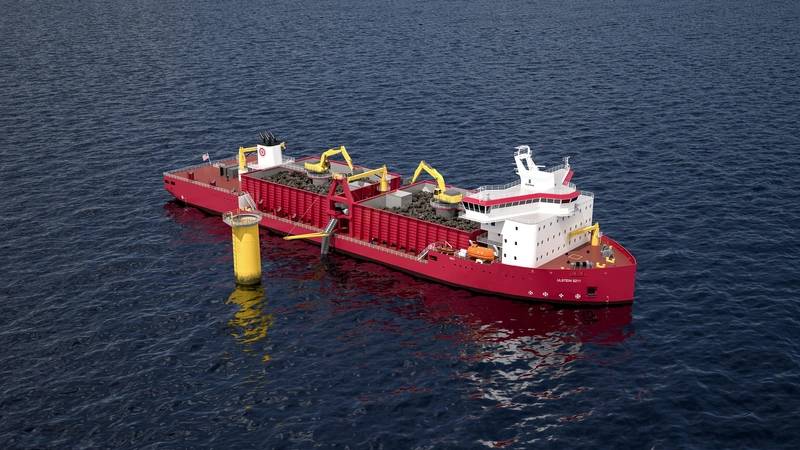 A common challenge across many industries—not just maritime—is attracting and retaining talent. Is this also a problem for dredging companies, and if so, what are they doing to address it?
Yes, the ‘silver tsunami,’ as some call it, is a challenge for us all, including the maritime sector. We have begun to reach out to the workforce training entities, like the unions and maritime academies, and exposing them to the types of jobs the dredging industry has to offer. One good thing we offer for the new socially-connected generations is that our work is typically near costal or in the inland waterways and thus mobile phone connectivity is most always available. We offer shorter rotations, as two weeks on/two weeks off is the norm for our industry. And many times, we have survey boats transiting to and from the plant to shore, so worker isolation is reduced. All in all, it is good working environment that pays well and we hope that will attract the next generation of workforce. And like all sectors, technology is helping us all to be more efficient and make the jobs just that much easier.

Please describe the shape and size of the Dredging Contractors of America. When and why was DCA started, and how has its mission evolved—or not—over the years?
The Dredging Contractors of America (DCA) is a non-profit trade association representing the interests of the U.S. dredging and marine construction industry and its members for over 30 years. We are comprised of 24 companies providing dredging services to the U.S. Army Corp of Engineers, U.S. seaports and state and local governments. Our companies range in size from large publicly trade corporations to small family owned and operated business. I am still fairly new to the industry and can say that DCA has evolved from a small group simply concerned with its relationships with the Corps to an organization that now has a defined relationships with Congress, the Corps and local and regional stakeholders.

What is the DCA’s number one top priority at the moment?
At the moment our number one priority is working with the Corps to get projects under contract and untie our assets and get them all working; sitting at the pier awaiting contract is helpful for no one. The Corps and industry have a lot of work to do, and we are all working together to get it going.

Is there anything else you’d like to add?
I would only add that an issue that is gaining steam in our industry is beneficial use of dredge material. The sand and silt we dig up is very valuable in the rebuilding of beaches and wetlands, and by reusing it and not taking to a dumpsite to dispose of is a win-win. It reduces the carbon footprint of our projects, rebuilds wetlands and protected coastal areas and beaches, preserves the environment and, when factored into the overall project, it can be a huge cost saving. We just need to work together with the coastal communities and take a more holistic view of the project with the Corps and local stakeholders instead of just looking at the dredging component. 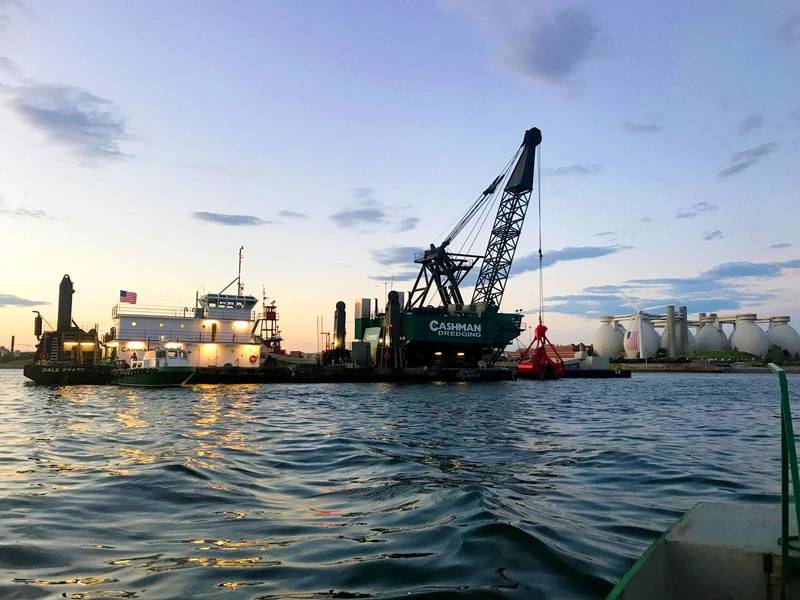