Iran Says It Will Allow Crew of Detained S. Korean Tanker to Leave 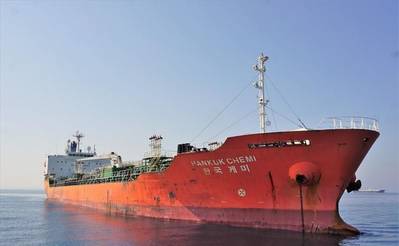 Iran says it will allow the crew of a Soouth Korean tanker it seized for alleged environmental pollution to leave the country, according to Iranian foreign ministry spokesman Saeed Khatibzadeh.

“Following a request by the South Korean government... the crew of the Korean ship, which was detained on charges of causing environmental pollution in the Persian Gulf, have received the permission to leave the country in a humanitarian move by Iran,” Khatibzadeh told state media on Tuesday.

The South Korean-flagged Hankuk Chemi was seized on January 4 by Iran’s Revolutionary Guards near the strategic Strait of Hormuz.

Iran, which has been urging South Korea to release some $7 billion of Iranian funds frozen due to U.S. sanctions, denied allegations that the seizure of the chemical tanker and its 20 crew members amounted to hostage-taking, and said it was Seoul that was holding the Iranian funds “hostage”.

“Although the Korean ship’s seizure was only due to environmental pollution... Korean action in expediting the return of Iran’s blocked funds may affect the judiciary’s decision in resolving the ship’s seizure,” lawmaker Mojtaba Zolnour, chairman of the Iranian parliament’s national security committee, was quoted as saying by state media.