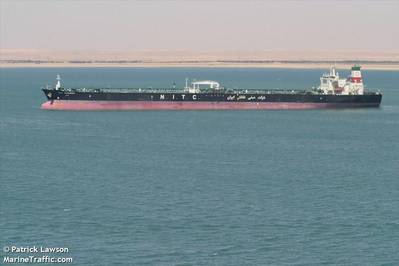 Iran on Monday urged regional powers to use diplomacy to reduce tensions including Yemen's war, but cautioned that an Iranian tanker damaged in the Red Sea last week had been hit by rockets and there would have to be consequences.

Tensions in the Gulf have risen to new highs since May 2018, when the administration of President Donald Trump withdrew from the 2015 accord with Tehran that put limits on its nuclear programme in exchange for the easing of sanctions. Iran and its key regional rival Saudi Arabia are involved in proxy wars across the Middle East, from Syria to Iraq and Yemen.

"Ending the war in Yemen will pave the ground for de-escalation in the region," Rouhani told a news conference, broadcast live on state TV, adding it could also "eventually lead to de-escalation between Iran and Saudi Arabia".

"We want peace and calm in the region ... regional crisis can be resolved through diplomacy and co-operation between the regional countries."

Washington, Riyadh and European powers have accused Iran of being behind attacks on Saudi oil plans on Sept. 14, which temporarily halved Saudi oil output. Tehran denies any role. The strikes were claimed by Yemen's Iran-backed Houthi forces.

Rouhani said ties between Iran and the United Arab Emirates, part of a Saudi-led coalition fighting in Yemen, had improved and "officials have visited each others countries".

The United Arab Emirates, though a prominent foe of Iran in the Middle East’s power struggles, has not assigned blame to anyone for the attacks on oil infrastructure.

"MAXIMUM PRESSURE"
Rouhani, restating Iran's stance, said Tehran will continue to reduce its nuclear commitments until European parties to the pact save it by protecting Iran's economy from U.S. penalties.

Iran has responded to U.S. "maximum pressure" by scaling back commitments since May and threatened to continue removing curbs on its nuclear programme unless European parties to the pact did more to shield Iran’s economy from the U.S. penalties.

Britain, France and Germany, all parties to the pact, have urged Iran to refrain from any concrete act breaching the pact.

"The European countries have failed to fulfil their promises. We will continue to decrease our nuclear commitments," Rouhani said. "We will start working on IR-7 and IR-9 centrifuges."

Rouhani said an Iranian tanker, the Sabiti, damaged in the Red Sea on Friday had been hit by at least two rockets, and adding that the incident had been caught on video. There has been no independent report on the cause of the damage.

Iran's rival Saudi Arabia has said it was not behind any attack on the tanker. Saudi authorities said they received a distress message from the vessel, but they added that it had switched off its transponder before they could assist.

Rouhani, speaking live on state television on Monday, said the attack was undoubtedly carried out by a government and that there would be consequences.