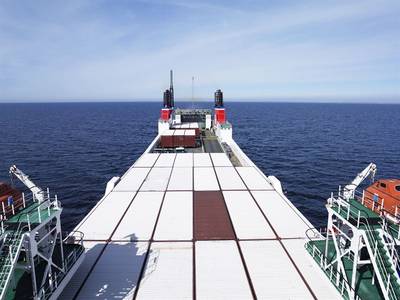 Ireland's tax authority temporarily eased post-Brexit customs arrangements after some trucks were unable to deliver goods from Britain, difficulties that prompted the largest Irish Sea ferry operator to cancel some sailings from Friday.

Britain's departure from the EU's orbit introduces reams of paperwork and costs that must be completed to move goods across the new customs border. For Irish firms, it means a 12-fold rise in the number of import and export declarations, the tax authority warned ahead of the changes.

Ireland's Revenue Commissioners said a significant number of firms are correctly submitting new customs declarations but it was aware that trucks had been denied boarding at Holyhead port in Wales and introduced a temporary fix late on Thursday.

Struggling firms can use an override code to complete safety and security Entry Summary Declarations (ESD) - a key customs formality - which will in turn make Revenue aware of which firms need help in adapting to the new customs formalities.

"It is clear that many were not as prepared as they thought or significantly underestimated what was involved in being Brexit-ready," a spokeswoman for the agency responsible for customs checks said in a statement.

Irish consumers are already experiencing difficulties with some British retailers pausing deliveries to Ireland, while Marks & Spencer said Britain's withdrawal from EU trade rules was responsible for near-empty fresh-food aisles at some of its stores in Ireland this week.

Ferry firm Stena Line canceled 12 sailings from Dublin to Holyhead and the southern Irish port of Rosslare to Fishguard in Wales over the next five days, citing a "significant drop" in freight volumes due to supply chain problems at a time when COVID-19 travel restrictions have hammered passenger demand.

One recent service from Rosslare had just four freight units, a spokesman for Stena told Reuters.

Stena recently doubled its direct Ireland to France freight service in response to demand for an alternative route to the British "land-bridge" used by around 3,000 lorries each week pre-Brexit to ship goods to and from mainland Europe.