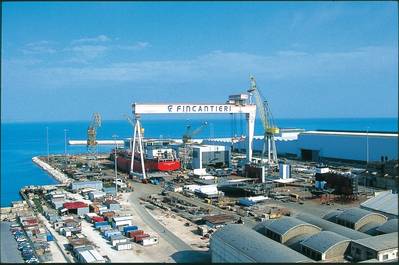 Fincantieri Chairman Giampiero Massolo defended the Italian shipbuilder's planned acquisition of French rival Chantiers de l'Atlantique, and said jobs in the industry could suffer if the project fell through.

European competition authorities last month opened an in-depth investigation into the proposed deal, saying it would significantly reduce competition and could push up prices for cruise ships.

"Ours is a valid industrial project that could not only help Europe's shipbuilding industry compete better globally, but also generate economies of scale right away and support technological progress in the sector," Massolo told Reuters on the sidelines of an event.

"This would safeguard European consumers. I believe the impact on employment of a European retrenchment in the shipbuilding sector should not be underestimated. The Commission would share responsibility on this," he added.