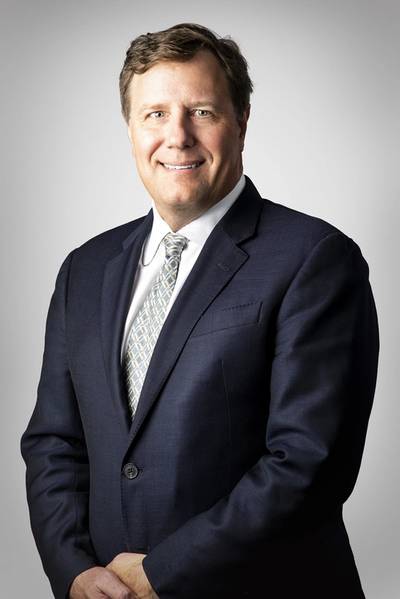 “In inland marine transportation, our quarter’s results were heavily impacted by unusually poor operating conditions throughout the U.S. waterway network which negatively impacted our earnings by approximately $0.05 per share. Although we anticipated weather-related delays in the first quarter, this year we experienced significantly more than expected with persistent fog along the Gulf Coast, extended periods of ice on the Illinois River, and near record high water conditions on the Mississippi River. Additionally, there were significant navigational delays resulting from lock maintenance and the closure of the Houston Ship Channel in March due to a fire at a chemical storage facility. These conditions resulted in an approximate 80% increase in delay days from the more normal year ago quarter. However, customer demand remained strong throughout the quarter, and barge utilization strengthened into the mid-90% range on average.  I would like to thank our mariners and shore staff who performed extremely well despite these very difficult operating conditions, remaining focused on safety and serving the needs of our customers.

“In mid-March, we closed the acquisition of Cenac Marine Services, LLC’s (“Cenac”) marine transportation fleet.  Cenac brings to Kirby a young fleet of well-maintained 30,000 barrel tank barges and new modern towboats, as well as highly-trained and first class mariners. With tight market conditions across the inland industry, the Cenac acquisition is well-timed and will improve our ability to service our customers and enhance our long-term earnings potential.

“In coastal marine transportation, market conditions improved modestly.  During the quarter, barge utilization rates increased into the low 80% range, and we renewed term contracts higher in the mid-single digits.  However, operating margins remained slightly negative in the first quarter as a result of some extended shipyard periods for several of our larger vessels.

“Distribution and services performed well during the first quarter with sequential double-digit improvement in revenue and operating income.  Compared to the fourth quarter, our manufacturing teams completed an increased number of new pressure pumping units and equipment for domestic customers, as well as deliveries of oilfield equipment to international customers.  However, this was partially offset by lower sequential sales of new engines, transmissions and parts to oilfield customers.  In commercial and industrial, results were favorably impacted by continued improvement in the marine and power generation sectors,” Mr. Grzebinski concluded.

In the inland market, average barge utilization was in the mid-90% range during the quarter.  Operating conditions were unfavorable due to poor winter weather conditions, flooding on the Mississippi River, and closures of key waterways as a result of lock maintenance projects and a fire at a chemical storage facility on the Houston Ship Channel. These conditions resulted in 4,613 delay days which represented an 82% increase compared to the 2018 first quarter. Spot market and term contract pricing improved during the quarter, with spot rates increasing in the mid-to-high single digit range sequentially and approximately 20% year-over-year. Average term contract pricing on expiring contracts increased in the mid-single digits. Revenues in the inland market increased approximately 12% compared to the 2018 first quarter primarily due to the contribution from 2018 acquisitions and improved pricing, partially offset by the impact of poor operating conditions. The operating margin for the inland business was in the low to mid-double digits during the quarter.

In the coastal market, barge utilization rates improved to the low 80% range during the 2019 first quarter.  Compared to the 2018 first quarter, spot market pricing was approximately 10% to 15% higher, and term contracts repriced modestly higher in the mid-single digits during the quarter. Revenues in the coastal market were down slightly year-on-year, primarily due to increased shipyard days on several large vessels and adverse impacts from poor weather conditions on the Gulf Coast. However, the coastal operating loss was reduced year-on-year as a result of higher pricing and cost reductions implemented during 2018. During the quarter, the coastal operating margin was in the negative low to mid-single digits.

In the oil and gas market, revenues and operating income declined compared to the 2018 first quarter primarily due to reduced activity in the oilfield which resulted in lower customer demand for new and overhauled transmissions, parts and service. Additionally, the manufacturing business reported lower year-on-year revenue and operating income as a result of lower new pressure pumping unit and equipment deliveries.  During the quarter, the oil and gas operating margin was in the low double digits.

In the commercial and industrial market, revenues and operating income increased compared to the 2018 first quarter primarily due to continued improved demand for diesel engines, parts and service in the marine business in the Gulf Coast, Midwest, and Florida.  Revenues and operating income in the power generation market also improved as a result of increased demand for back-up power systems.  During the quarter, the commercial and industrial operating margin was in the mid-to-high single digits.

The distribution and services operating margin was 10.0% for the 2019 first quarter and benefited from a favorable mix of new equipment sales in the oil and gas manufacturing business and reduced costs. This compares to operating margin of 9.2% for the 2018 first quarter which included $1.2 million of non-cash expenses related to an amendment to the employee stock plan.

During the quarter, Kirby entered into an amended and restated credit agreement with a group of banks which extended the term of Kirby’s $850 million revolving credit facility until March 27, 2024 and added a new five-year term loan in the amount of $500 million. The new term loan is repayable in quarterly installments commencing June 30, 2020 in increasing percentages of the original principal amount of the loan. Total debt as of March 31, 2019 was $1,667.5 million, and Kirby’s debt-to-capitalization ratio was 33.8%.

2019 Outlook
Commenting on the 2019 full year outlook and guidance, Mr. Grzebinski said, “Our earnings guidance range for the year remains $3.25 to $3.75 per share.  Although the first quarter was adversely impacted by unusually high delay days in our inland marine business, we anticipate improved results in marine as we progress through the remainder of 2019.  In distribution and services, the first quarter results were strong; however, the outlook for the second half of 2019 remains uncertain.”

In the inland marine transportation market, strong customer activity and growing volumes from the petrochemical complex, are expected to yield high barge utilization levels in the mid-90% range. For the second quarter, operating conditions have been and are expected to remain somewhat challenged by high water conditions on the Mississippi River and continued navigational delays at certain locks and in the Houston Ship Channel. However, with improved weather conditions and higher pricing, inland revenue is expected to increase sequentially with operating margins improving from first quarter levels.

In the distribution and services segment, the outlook for the full year remains uncertain in the oil and gas market. Although oil prices and activity have improved since year end, and new takeaway capacity is coming to the Permian, forecasts for the second half of 2019 are unclear. In commercial and industrial, revenues and operating income are expected to remain healthy with strong demand for back-up power systems and specialty equipment rentals continuing in the coming quarters.