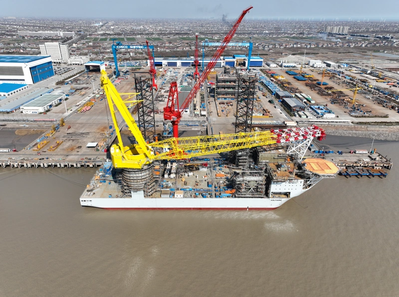 Offshore installation contractor Jan De Nul has informed that its newbuild offshore jack-up installation vessel Voltaire has been fitted with what it says is the world's largest leg encircling crane.

The vessel, being built for offshore wind and decommissioning work, was recently launched at the COSCO Shipping Shipyard in Nantong, China.

The Voltaire has been designed to install the offshore wind turbines of the future, with turbines over 270 meters high and blades 120 meters long.

For these lifting works, the vessel was recently equipped with the main crane of more than 3,000 tonnes in the shipyard in China. 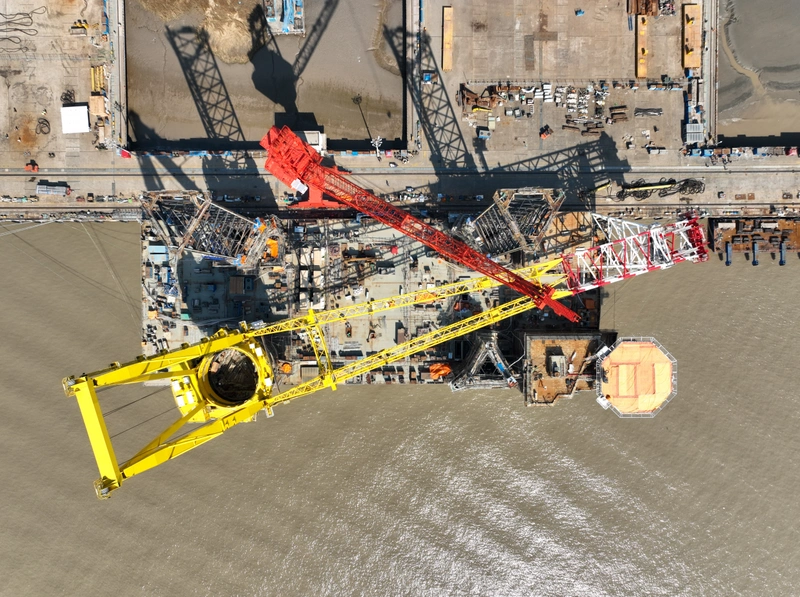 "With a crane house weighing 1800 tonnes, a boom length of 140 meters, and weighing 800 tonnes, this is the largest Leg Encircling Crane ever built," Jan De Nul said. The crane was delivered by the Dutch crane specialist Huisman, which has recently secured multiple orders for its LECs in the offshore wind space.

According to info on Huisman's website, the Huisman Leg Encircling Cranes (LECs) are specifically designed to be used on a jack-up vessel. The crane is built around the jack-up leg and if required the boom can be stored around the other leg, saving valuable deck space. The LEC has a small tail swing allowing for optimal use of free deck space.

The crane installed on Jan De Nul's Voltaire will use a Universal Quick Connector (UQC) to pick loads quickly and without manual handling.

With the crane installed, the legs enabling the Voltaire to lift itself above the water surface, are also being mounted on board.

The first part of the legs was installed just before the launching at the end of January.

"We are now gradually increasing the height until they reach their full 131.5 meters," Jan De Nul said.

Upon delivery, in the second half of 2022, the jack-up will mobilize to the United Kingdom for the construction of the 3.6 GW Dogger Bank offshore wind farm, the world’s largest offshore wind farm, transporting and installing in total 277 GE Haliade-X turbines up to 14MW. 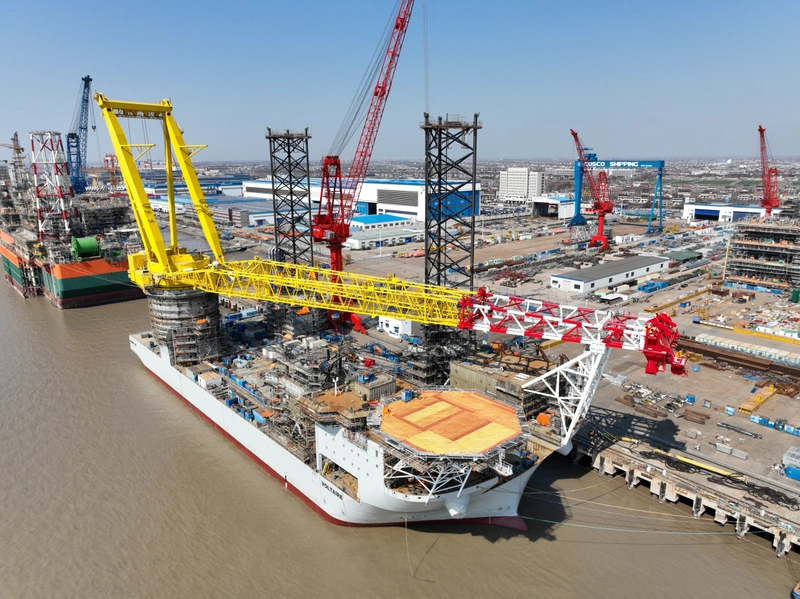