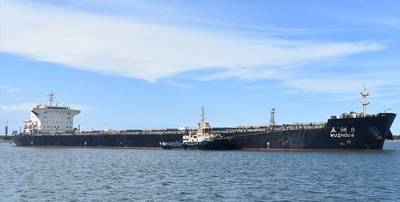 At least 12 sailors on a Chinese-flagged cargo ship have died of suspected food poisoning off Vietnam's southern coast, a government official said on Friday.

After receiving distress calls from the ship's captain, authorities in the island district of Con Dao deployed helicopters to bring the victims and nine other sailors to a hospital onshore, according to Huynh Trung Son, a local government official.

"The survivors are in critical condition and our medical staff are trying to save them," Son said via telephone.

"We haven't been able to identify the nationality of the sailors, but they are likely Chinese," he added.

The Wu Zhou 8 ship was en route from Thailand to China, he said, adding that it was not immediately clear what the ship was transporting.

The ship was built in 2013 with a carrying capacity of 76,005 deadweight tonnes, and left Thailand on Sept 28 for Lianyungang in China, according to data from ship tracking website MarineTraffic.