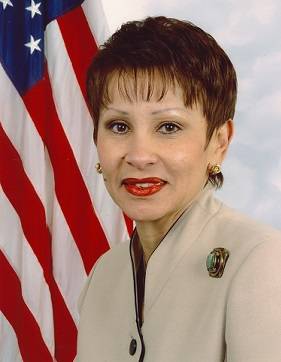 "Whether it is commerce, recreation, transportation, or our local environment, New Yorkers' lives are inextricably linked to the water that surrounds us," Velázquez said. "Investing in our ports, coasts and waterfronts can improve our City and local communities."

To better protect New York residences and businesses from future storms and floods, the bill would harness the power of the Army Corps of Engineers to develop a comprehensive strategy making coastal areas more resilient. The legislation also encourages the growth of green spaces like the Brooklyn Waterfront Greenway and other coastal projects to make water-adjacent neighborhoods more livable. The bill also makes federal resources available to modernize ports and make them more environmentally sustainable.

"From commerce to recreation, the Waterfront of Tomorrow Act would take the steps necessary to strengthen and improve our harbors and ports," Velázquez noted. "Making these investments creates immediate, good paying jobs in construction and engineering, while strengthening our regional economy for the long term."

The waterfront and port system are integral parts of New York City's economy, with the shipping industry responsible for more than 269,000 regional jobs. In a single year, the dollar value of all cargo that moves through this region's ports exceeds $180 billion.

"It is no coincidence that President Obama used America's ports as the backdrop when unveiling his most recent economic plan," Velázquez noted. "In a global economy, shipping is all the more important and New York ports can serve as regional economic engines, creating good paying, local jobs."

When Congress returns from the August District Work Period in September, it is slated to take up major legislation improving the nation's waterways. Velázquez pledged to work with colleagues in advancing her proposal and its components as part of that legislation. Her district, New York's 7th, includes a range of communities close to the water in Brooklyn, Manhattan and Queens.