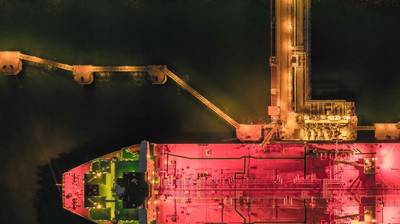 Libyan oil output will resume from all shuttered fields and ports, the Tripoli government's newly installed head of National Oil Corporation (NOC) said on Friday after meeting groups that have blockaded the facilities for months.

The decision to lift force majeure on production could mean a return of 850,000 barrels per day (BPD) of oil to the market that has been shut off by the groups aligned with eastern commander Khalifa Haftar.

Prime Minister Abdulhamid al-Dbeibah of the Government of National Unity appointed Farhat Bengdara as NOC chairman on Tuesday and he entered the state producer's headquarters on Thursday after an armed force deployed there.

Bengdara met tribal elders representing the groups involved in the blockade during a visit to the eastern city of Benghazi.

Mustafa Sanalla, NOC chief since 2014, has refused to recognise Bengdara's appointment, saying Dbeibah's term of office has expired and he lacks the authority to sack him.

The eastern-based parliament, which also rejects Dbeibah's mandate in government, has also refused to recognize Bengdara as NOC chief, raising the possibility of a split in the company.

The Haftar-linked groups involved in the blockade had also demanded that Dbeibah quit in favour of the man the parliament appointed to replace him as prime minister, Fathi Bashagha.

However, Bengdara is seen as an ally of Haftar. Dbeibah's decision to appoint him as NOC chief appears to be part of an arrangement that would allow the blockade to end.

All sides in Libya seek access to revenue from the country's oil exports, which at times last year reached 1.2 million BPD.

The elder who said the groups had agreed to restart oil output said that although Dbeibah remained in office instead of Bashagha, another of their demands had been met by dismissing Sanalla as NOC chief.

(Reporting by Ayman al-WarfaliWriting by Angus McDowallEditing by Frances Kerry)