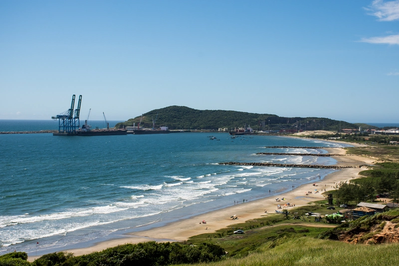 Brazil will announce on Monday that it will auction seven additional port operating licenses as part of its privatization efforts, a government source told Reuters on Monday.

The licenses relate to port terminals in the northeastern states of Paraíba and Pernambuco as well as in the state of São Paulo in southeast Brazil, the source said, requesting anonymity because the auctions have not yet been made public.

The government plans to auction several port licenses in 2018, Reuters reported on March 1, including those set to be announced on Monday after a meeting of officials with the nation's privatization program scheduled for 5 p.m. local time (2000 GMT).

Licenses for 11 other port terminals will be auctioned in the second half of the year, Diego Piloni, the undersecretary in charge of ports at Brazil's privatization program, said at the time.

This year's port auctions should generate a total of 1.3 billion reais ($395 million) worth of investments, Piloni said.

The government was to announce the auction of seven port licenses later in the day, newspaper Valor Econômico reported earlier on Monday.