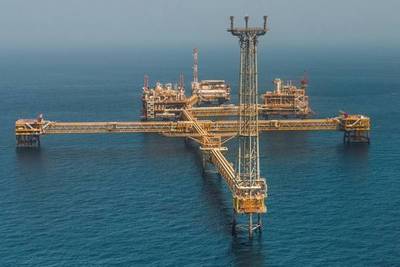 The investment outlook for liquefied natural gas (LNG) has improved this year but project go-aheads will not match the bonanza of 2019, as the fight against climate change clouds the prospects for gas demand growth longer term.

Renewed optimism as the industry emerges from the pandemic, rapidly rebounding oil and gas prices and a better economic outlook is building confidence in short and long term LNG demand in Asia and spurring companies to look at new LNG projects, most of which were shelved last year when prices slumped.

However, they need to take into account the ever tighter carbon emissions targets that governments are setting for 2030 and beyond.

For oil and gas producers, LNG is seen as the best option for helping their customers cut carbon emissions, especially in the Asia Pacific, where it can replace coal as a fuel, at least until clean hydrogen becomes affordable.

Global LNG demand is expected to grow by 53% to 560 million tonnes per annum (mtpa) between 2020 and 2030, consultancy Wood Mackenzie said.

To help meet that demand, Qatar Petroleum earlier this year gave the go-ahead for the world's biggest LNG project, a 32 mtpa expansion of its North Field LNG, while Gazprom started construction of the 13 mtpa Baltic LNG project in Russia.

"Robust demand growth notwithstanding, the addition of significant new Qatari and Russian capacity means that LNG developers are now racing to get their projects through an increasingly narrow proverbial door within this decade," WoodMac vice president Valery Chow said.

Based on WoodMac's latest projections of existing capacity and plants under construction, about 515 mtpa of global liquefaction capacity could be onstream by 2030, leaving room for only about 45 mtpa of new capacity.

"Low-cost producers have a natural advantage to scale-up, but other players may choose to make strategic investments in an attempt to sanction their projects ahead of the competition," Chow said.

Australia's Santos Ltd has given the go-ahead for its Barossa gas project off northern Australia to backfill the 3.7 mtpa Darwin LNG plant.

A further 7 mtpa of capacity could be sanctioned by the end of this year, Wood Mackenzie analyst Lucy Cullen said.

That would be up from the lone LNG project, Sempra's 3 mtpa Costa Azul project, that was approved in 2020, but down from the record 71 mtpa of capacity sanctioned in 2019.

Demand in Asia is primarily being driven by China, which overtook Japan as the world's top LNG importer this year amid an ongoing coal-to-gas switch, and new demand from emerging markets in South and Southeast Asia.

Japan's new energy strategy, which aims to reduce fossil fuel use, could hurt demand, but the risks will likely already be factored into project decisions, WoodMac's Cullen said.

The big challenge for companies weighing up new developments is how to fit into a low-carbon future, which is forcing them to hunt ways to capture carbon or find offsets.

For instance, Qatargas is building the largest carbon capture and storage facility with the North Field project while Japan's JERA plans pilot projects to mix ammonia with natural gas to cut emissions.

"While the pathway is still uncertain, the LNG industry will need to innovate and adapt to offer a carbon-free product if it hopes to remain part of the longer term solution," said Chong Zhi Xin, a director at IHS Markit.