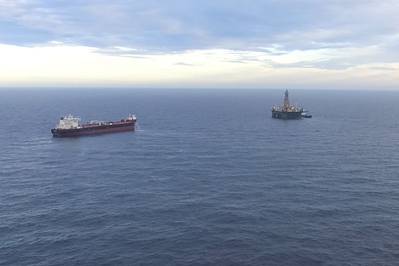 Finding significant oil reserves in the Norwegian Arctic has been challenging for oil firms, but Alta is among the exceptions along with ENI's Goliat field and Equinor's Johan Castberg discovery.

Lundin and its partners are considering developing the discovery as a subsea field connected to a floating production and storage vessel, and may also tie in the smaller Gohta find, which is located nearby.

Prior to the production test the combined gross resource range for the Alta and Gohta discoveries was estimated at between 115 and 390 million barrels of oil equivalent (boe), and Lundin said it would update its forecast in early 2019.

"These positive results are expected to increase the Alta resource estimate and reduce the uncertainty range," the company said on Tuesday.

"We have significantly advanced our understanding of this complex carbonate reservoir, the development of which would be a first for Norway. We will now concentrate our efforts on further defining the route to commercialization and progressing development concept studies," it added.

During the two months of tests, Lundin produced up to 18,000 barrels per day of oil, and analysts said the results could give a boost to the outlook for the wider region.

"It increases the market's confidence in the Barents Sea as a growth area," Pareto Securities analyst Johan Spetz said.

The Norwegian Petroleum Directorate estimates that the Barents Sea holds more than half of all undiscovered petroleum resources on the Norwegian continental shelf.

Lundin holds a 40 percent stake in Alta, while Idemitsu Petroleum and DEA hold 30 percent each. Lundin also holds 40 percent at the nearby Gohta, while Aker BP holds 60 percent.