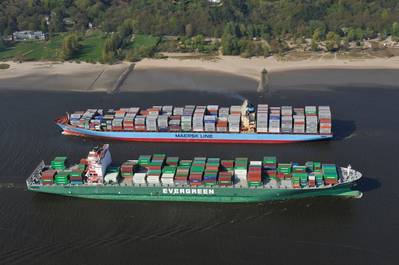 The Federal Administrative Court in Leipzig today adjourned the proceedings by the BUND and NABU environmental associations against the plan approval concerning the dredging of the lower and outer stretches of the river Elbe until the Court of Justice of the European Union (CJEU) in Luxembourg has reached a decision regarding a pending referral of the interpretive ruling on the Water Framework Directive.

The 7th division of the Federal Administrative Court, which is responsible for waterways law, last summer ruled against the expansion of the river Weser under the Water Framework Directive after objections from environmental associations. With its decision of July 11, 2013, the Federal Administrative Court presented the ECJ with a range of questions concerning the Water Framework Directive’s so-called prevention of deterioration and requirement for improvement.

The ECJ’s decision is prejudicial to the proceedings regarding the dredging of the river Elbe because the referred questions can also be raised here. The referred questions’ relevance to the decision is still valid as a result of the first supplementary resolution passed on October 1, 2013. In the supplementary resolutions, the respondents have supplemented the plan approval dated April 23, 2012 with the authorization of a precautionary exception to the management objectives for the bodies of water affected. The “review of assistance” employed is not sound, however. For this to be the case, the criteria applied to evaluate the supposed deterioration in the state of the water would have had to be defined in the supplementary resolution and its factually reinforced meaning presented in a comprehensible manner. This has not happened to a sufficient extent.

Following the five-day hearing in July 2014, when the German Federal Waterways Engineering and Research Institute’s expert opinion on the plan’s effects on tide levels, flow and sedimentation rates, traffic requirements and the review of alternatives, as well as the extent to which protected animal and plant species (e.g. Elbe water dropwort, twait shad, maraena whitfish, red knot) may be affected had been debated, the 7th division also deliberated on the other points of conflict. According to its preliminary assessment, the plan approval is, indeed, burdened by various shortcomings as regards its environmental impact and habitats directive assessment. These shortcomings can be addressed, however, and will not lead to the revocation of plan approval, either individually or as a whole.

The ECJ’s decision in case C-461/13 must therefore be made before the 7th division can make its final decision. The hearing at the ECJ took place back on July 8, 2014, but a decision is not expected until spring 2015.

Klaus-Dieter Peters, Chairman of the Executive Board of Hamburger Hafen und Logistik AG, said, “We regret the continued delay of the urgently needed dredging of the river Elbe, which comes into effect with today’s ruling by the Federal Administrative Court. What’s pleasing, however, is that the court found no shortcomings in the plan approval, which could lead to the approval being revoked. We now eagerly look forward to the Luxembourg based European Court of Justice’s interpretive ruling on the Water Framework Directive. We still very much hope that the construction activities will start soon. However, irrespective of the court’s decision we will continue with our efforts to further boost the efficiency of our facilities’ handling operations. HHLA will also continue to pursue its Intermodal strategy, which links the seaports and the European hinterland through logistics chains that serve as exemplary models in both economic and environmental terms.”

“We respect the decision announced today by the Federal Administrative Court (FAC) in Leipzig on the deepening and widening of the navigation channel on the Lower and Outer Elbe. A final decision can only be taken when the European Court of Justice (ECJ) has clarified questions still outstanding on the so-called prohibition of deterioration and desirability of improvement embodied in the European Water Framework Directive. These questions will be resolved by spring 2015 in connection with complaints against a deepening of the River Weser.

“The FAC also emphasized, however, that while the environmental compatibility assessments in respect of the fauna/flora done for the planning approval for the deepening of the navigation channel of the Lower and Outer Elbe exhibit various shortcomings, in its opinion these can be overcome and should not lead to a lifting of the said approval.

“We regret that once again time will be lost and that no decisive relaxation of the restrictions of ship draft and breadth currently in force can yet be implemented. More than ten years of planning and authorization procedures have been a difficult time for the port’s customers, shipping companies and firms operating in the port. The primary objective remains the rapid and carefully implementation of expansion measures. With seaborne cargo throughput of more than 140 million tons and annual container handling of over 9,000,000 TEU, Hamburg is the Northern European hub optimally located for handling worldwide cargo flows and transport chains in seaborne foreign trade. Against the background of an increasing number of calls by mega-ships, access from the sea via the Elbe is of vital importance for the Port of Hamburg and the companies based there and in the Hamburg Metropolitan Region. More than 150,000 jobs are linked with the port. Distinctly improved accessibility is also urgently needed for all those industrial and trading concerns engaged in worldwide foreign trade that use Germany’s largest universal port for their exports and imports.”