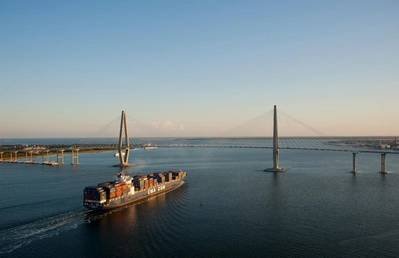 US President Donald Trump approved $138 million for the Charleston Harbor Deepening Project as part of the Energy and Water Appropriations Bill in the 2020 Budget.

According to a statement from South Carolina Ports Authority, both the Senate and the House voted to approve the appropriations bill this week as part of the fiscal year 2020 funding package, and Trump signed it into law Friday.

"This enormous step forward means the project is fully funded to completion and on track to achieve a 52-foot depth in 2021," it said.

“The Charleston Harbor Deepening Project is one of the most significant infrastructure projects in S.C. history,” Newsome said.

“A 52-foot deep harbor will ensure we remain competitive for decades to come as bigger ships bring more cargo to S.C. Ports. A thriving port drives economic development and attracts business to the state, which ultimately creates high-paying jobs for South Carolinians. Port operations generate a $63.4 billion economic impact-opens in a new window on the state each year and create 1 in 10 S.C. jobs,” he added.

In 2012, the S.C. General Assembly set aside-opens in a new window $300 million, the full estimated state share of the deepening construction costs. This decision was invaluable in showing the federal government that South Carolina is fully invested in deepening Charleston Harbor.