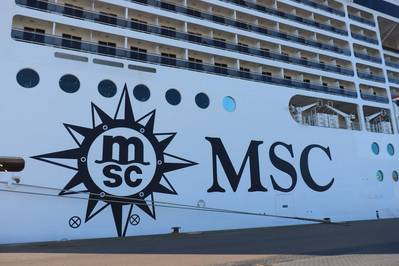 French President Emmanuel Macron's chief of staff has been indicted by the national financial crimes prosecutor over a conflict of interest relating to his alleged links with Swiss-Italian shipping company MSC, the prosecutor's office said.

Alexis Kohler, Macron's closest and most influential adviser, sits at the top of the Elysee Palace's administrative pyramid, and news of his indictment - a legal step that puts him under formal investigation in France - is a blow.

The prosecutor's office "confirms Alexis Kohler, currently the Secretary-General of the French presidency, has been put under formal investigation for unlawful taking of interest," it said in a statement.

Macron's office did not immediately respond to a request for comment. Le Figaro newspaper said Macron had decided to keep Kohler in the job despite the investigation.

"(Alexis Kohler) strongly challenges having committed any crime. The subsequent procedure, to which he now has access, will enable him to prove his innocence, " his lawyer Eric Dezeuze told Reuters.

Macron's office has said before that Kohler had at no time hidden his family ties to the Aponte family that founded and still owns MSC.

The investigation comes after anti-graft group Anticor filed a complaint accusing Kohler of breaking conflict-of-interest rules after it emerged he had family links to the Italian owners of MSC, for whom he had worked in between two government jobs.

MSC, which runs cruise ships, is one of the biggest clients of French shipyard Chantiers de l'Atlantique, the maker of the Queen Mary 2, which the French government has tried to restructure several times over the past decades.

The complaint alleges a conflict of interest based on Kohler's dealings with MSC while he was working for the French state holdings agency between 2012-2014 and later as a senior official in Macron's team at the finance ministry in 2014-2016.

Kohler left the finance ministry in 2016 when Macron stepped down as economy minister. He then moved to Geneva to take up a position on MSC's board. Nine months later, Kohler quit that post to join the Elysee following Macron's election in 2017.

Under French law, a formal investigation means there is evidence implicating a suspect, but does not mean the person being investigated has been charged.

The person can be charged at a later date if further evidence emerges against them, or the investigation can be dropped.