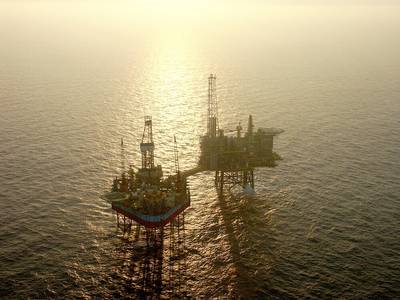 Danish offshore drilling contractor Maersk Drilling is set to mothball several offshore drilling rigs, and as a consequence, reduce the number of offshore workers, citing low oil prices and the impact of COVID-19 pandemic as the reason.

"The COVID-19 pandemic and the lower oil price environment are impacting offshore drilling activity. Some tenders and projects are being delayed or canceled which adversely affects commercial prospects," Maersk Drilling said Friday.

Also, a few days ago, the drilling firm said that Shell and Aker BP had sent termination notices for the semi-submersible Mærsk Developer and the jack-up rig Maersk Reacher.

The company did not say how many rigs exactly would be stacked. Offshore Engineer has reached out for more details. A Maersk Drilling spokesperson said the company couldn't comment further "at this time," but more is expected to be revealed when Maersk Drilling releases its fleets status report in May.

Commenting on Friday, Maersk Drilling CEO Jørn Madsen said: "Though it’s standard practice in our industry to adjust our workforce to activity levels, it never feels right to say goodbye to good colleagues, especially when so many have walked the extra mile to keep operations running in these very difficult circumstances."

"However, it’s our responsibility to safeguard our business and we are now taking steps to maintain competitiveness in the challenging market environment,” he said.

Maersk Drilling said it expects that the consultations will lead to a total of 250-300 redundancies in the North Sea crew pool.

"The individual consultation processes will follow varying timelines in compliance with local regulations in Denmark, Norway and the UK," the drilling firm said.

The Danish offshore drilling company on March 20 reduced its guidance for the year due to the uncertainty created by the pandemic and the market situation.

However, the company at the time said it had the financial strength and flexibility to withstand and navigate the challenging business environment, "also in case of a prolonged period of uncertainty."

At the end of 2019, Maersk Drilling’s net debt amounted to USD 1.1 billion, corresponding to a leverage ratio of 2.6x, and the liquidity reserves amounted to USD 710 million, including an undrawn revolving credit facility of USD 400 million. The loan facilities have final maturities in 2023 and 2025.

Maersk Drilling is not alone when it comes to contract cancellations and the grim offshore drilling outlook.

Almost all the major offshore drilling firms such as Valaris, Transocean, Diamond Offshore, Borr Drilling, Noble Corp., and Shelf Drilling have lost rig contracts or seen the day rates reduced and terms shortened in the past weeks.