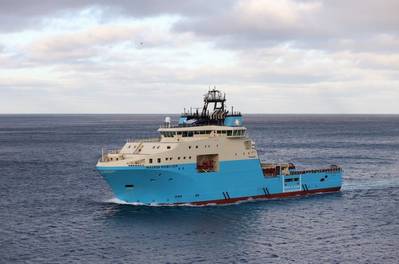 The company said Wednesday that, in response to the negative development in the oil and gas industry, Maersk Supply Service today announced that it will reduce its onshore costs by 30 percent.

"Approximately 55 people will be affected globally, with the majority being in the Headquarters in Lyngby, Denmark," Maersk Supply Service said.

“We realize that the announcement is very unsettling, and indeed undeserved, for our employees. However, as we expect a significantly reduced activity level in the oil and gas industry, it is a necessary step to ensure our organization reflects the current market reality and to safeguard the future of our company,” says CEO of Maersk Supply Service, Steen S. Karstensen.

The changes are expected to concern all onshore functions of Maersk Supply Service and take effect within May, the company said.

Back in April, another Maersk-related firm, offshore drilling contractor Maersk Drilling said it would stack some of its drilling rigs, and reduce Maersk its North Sea crew pool by 250-300 people.