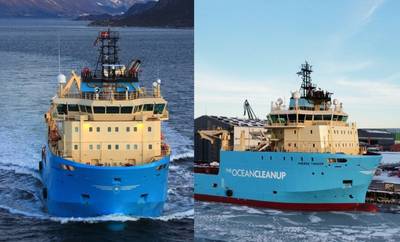 Danish offshore supply vessel operator Maersk Supply Service will deploy another vessel to support The Ocean Cleanup in its effort to remove plastic from the oceans.

MSS said that this summer the Maersk Trader vessel will join its sister vessel Maersk Tender in the Pacific Ocean, strengthening The Ocean Cleanup’s pursuit to rid the oceans of plastic.

The Maersk Trader is contracted for one year and will initially work on a trial in the Great Pacific Garbage Patch in Summer 2021.

"The extra vessel, Maersk Trader, was made possible by A.P. Møller-Maersk increasing its donation to the non-profit organization, confirming its commitment to Ocean Health," MSS said.

Maersk Supply Service has since 2018, project managed and delivered offshore work for The Ocean Cleanup, including the tow and testing of the ocean systems.

The Ocean Cleanup is optimizing its systems to be ready for the subsequent offshore testing in the summer of 2021.

In addition to the vessels and marine support from Maersk Supply Service, A. P. Møller-Maersk also provides logistics support to The Ocean Cleanup. They ensure global end-to-end transport of the equipment such as the collected ocean plastic and its river systems – The Interceptor. 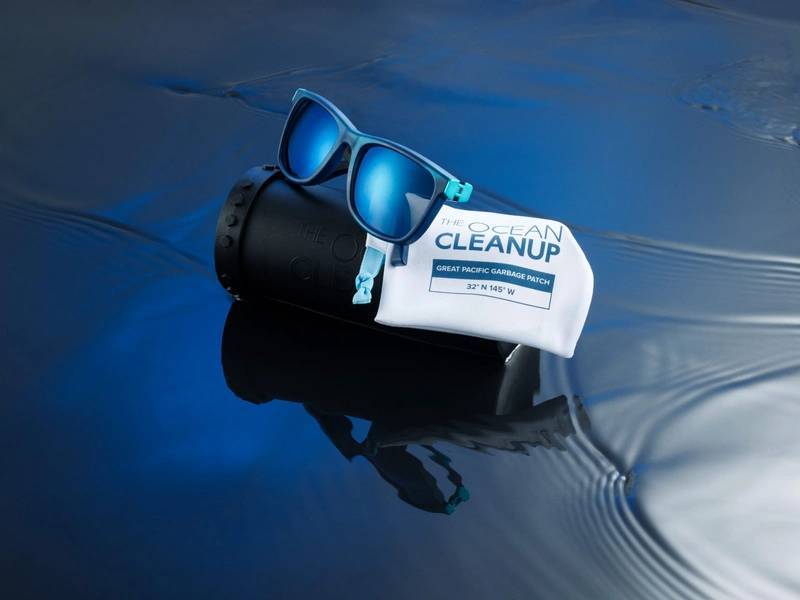 The Ocean Cleanup has recently started making sunglasses made from plastic removed from the Great Pacific Garbage Patch during operations in 2019. All proceeds from the sale will go towards the continuation of the cleanup - Photo Credit: The Ocean Cleanup

The Ocean Cleanup, founded by Boyan Slat in 2013, has  started making sunglasses made from plastic removed from the Great Pacific Garbage Patch during operations in 2019.

"Designed in California by Yves Béhar and made in Italy by Safilo – this is probably the most stylish way you can help rid the oceans of plastic. And, should the time come, they’ve been designed to be easily recycled," the company said, describing the sunglasses.

All proceeds from the sale of these sunglasses - EUR 199 apiece - will go towards the continuation of the cleanup.

"When we return to the patch...we estimate that we can clean an area equivalent to 24 football fields of the Great Pacific Garbage Patch from the proceeds of just one pair of sunglasses. If we sell every pair, that means we could clean half a million football fields worth of ocean," The Ocean Cleanup said earlier this year. Find more details about The Ocean Cleanup sunglasses here.