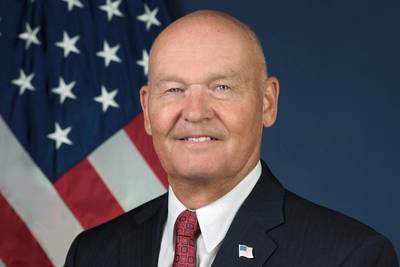 Mark Buzby, the Trump-appointed head of the U.S. Maritime Administration (MARAD), has resigned following the violent intrusion of the U.S. Capitol by the President's supporters, the agency confirmed to MarineLink.

“I no longer believe that I am able to serve as a member of the administration while remaining true to the values which have been the core of my service to the people of our nation,” said Buzby, a retired U.S. Navy rear admiral.

Buzby's successor will be appointed by the Biden Administration.

Earlier this month, U.S. Transportation Secretary Elaine Chao became the first Cabinet secretary to announce her resignation after the events at the Capitol.