Chinese Foreign Minister Wang Yi, who is visiting Africa, has accelerated its drive to draw the continent into the Maritime Silk Road — Beijing’s ambitious transcontinental initiative, reports The Hindu.

The core of the "One Belt and One Road" initiative, the creation of a Silk Road Economic Belt and 21st Century Maritime Silk Road, is infrastructure construction. China should also include Africa in the initiative and encourage the transfer of its labor-intensive industries to Africa.
China thinks that a modern standard-gauge rail link between Nairobi and Mombasa will linkup the capital of Kenya and the country’s well-established port has much larger implications.
Once it is through, the rail corridor will help connect the vast hinterland of East Africa with the Indian Ocean, making it a salient strategic project, which will add one more layer to the realization of President Xi Jinping’s dream of establishing a 21st century Maritime Silk Road (MSR).
Africa is becoming one the pillars of the MSR project. Apart from building railroads, highways and airports, the Chinese are developing 12 deep water ports, seven of which are along the African coastline. These are Djibouti, Dares Salaam, Maputo, Libreville (Gabon), Tema (Ghana), Dakar (Senegal), Bizerte (Tunisia).
In turn, these ports connect with the MSR, as they are meant to serve large commercial ships coming from Asia, laden with food and industrial products, and return with raw materials from Africa.
According to Chinese officials, the 21st Century Maritime Silk Road is not just a physical trade or transportation route. It is an open platform for all relevant countries to work together for collaborative benefits in all areas.
21st Century Maritime Silk Road is not China's exclusive initiative. It is becoming an inclusive regional cooperation model for all relevant countries to develop and prosper together. 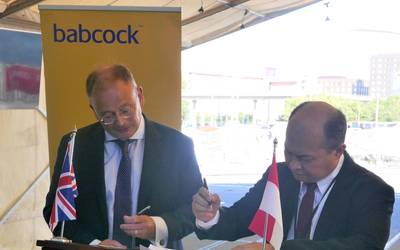