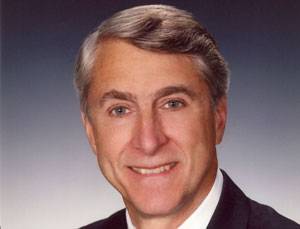 The Maritime Cabotage Task Force (MCTF) is thanking its retiring Chairman, Philip M. Grill, for his 14 years of leadership of the labor/management coalition that promotes the Jones Act and other U.S. maritime cabotage laws in Washington. Grill, who is retiring as Vice President – Government Relations for Matson Navigation Company, Inc., on July 31, has chaired MCTF since its founding in September 1995. Under his leadership, three Administrations and eight Congresses have consistently supported the Jones Act and a strong U.S.-flag merchant marine.

“The Jones Act and other U.S. maritime cabotage laws were facing their most serious challenge ever when Phil agreed to be Chairman of MCTF upon its launch,” said James L. Henry, President of the Transportation Institute, also a founding member of MCTF. “A well-organized campaign of disinformation had some legislators favoring repealing the Jones Act and other U.S. maritime cabotage laws. Under Phil’s leadership, the U.S.-flag domestic industry banded together like never before and the Jones Act has remained the unshakeable foundation of U.S. domestic maritime policy. I know I speak for every segment of the Jones Act industry when I thank Phil for his untiring efforts to keep our domestic fleet U.S.-owned, -built, and -crewed.”

Grill has long been recognized as an expert on maritime matters. Prior to joining Matson in 1980, he served for five years as Minority Staff Counsel to the U.S. Senate Committee on Commerce, Science and Transportation. He has been Matson’s Vice President – Government Relations, since 1986.