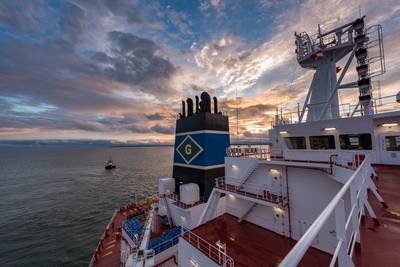 The company took delivery of three "ECO" newbuilding VLCCs, the Gener8 Nautilus, the Gener8 Andriotis and the Gener8 Constantine during the second quarter of 2016.

It entered into an amendment to the Sinosure Credit Facility to increase the total committed amount under the facility to up to $385.2 million which provides debt financing for the last two ECO VLCC newbuildings being built by Shanghai Waigaoqiao Shipbuilding Co. ("SWS").

It also entered into a memorandum of agreement in July 2016 for the sale of the 2001-built Genmar Vision for $28 million in gross proceeds.

"Following the deliveries of three 'ECO' VLCCs in the second quarter, more than half of our newbuilding fleet is now on the water.  Our earnings potential has increased significantly, which is evident in our financial results," said Peter Georgiopoulos, Chairman and Chief Executive Officer of Gener8 Maritime. "We are pleased to have reached an agreement to sell the 15-year old Genmar Vision, particularly ahead of a drydocking that was scheduled to occur later this year.  The transaction is consistent with our strategy of fleet renewal and modernization and comes ahead of the eight 'ECO' VLCC newbuildings that are expected to be delivered to us during the remainder of this year.

Mr Georgiopoulos contended that their fleet is also becoming younger, based on average age, and more efficient, based on the expected cost savings of our 'ECO' VLCCs. This is important in a business that is both seasonal and cyclical in nature.  Following the completion of our newbuilding program, which is expected in early 2017, and the expected sale of the Genmar Vision, the DWT-weighted average age of their fleet will be 4.7 years, and the VLCCs will have an average age of just 2.6 years, giving it the youngest VLCC fleet among our public company peers.  He said that he believes Gener8 Maritime will be well positioned to participate in what they expect will be a sustained period of strength in the tanker market."

Leo Vrondissis, Chief Financial Officer, added, "We are also pleased to have amended our Sinosure Credit Facility, which together with our Korean Export Credit Facility, provide the requisite debt financing to fund the remainder of our newbuilding program.  In an industry where capital has been difficult to access, we believe this is a reflection of our strong financial profile as well as the depth of our relationships in the lending community."