PPR to Investigate into Scrubbers's Washwater 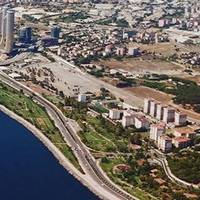 The Marine Environmental Protection Committee (MEPC) agreed to task its sub-committee on Pollution Prevention and Response (PPR) to look into the discharge from open-looped scrubbers, in particular the environmental impact of the washwater.This was decided at the meeting (MEPC 74) held last week, said a press release from BOMCO.During the meeting, several delegations expressed some fundamental concerns whether a scrubber system could constitute a more favourable treatment of ships equipped with a scrubber system (or Exhaust Gas Cleaning System)… 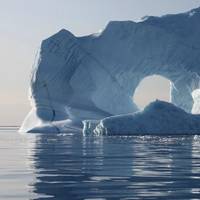 Clean Arctic Alliance participated in a meeting of the International Maritime Organization’s (IMO) Sub-Committee on Pollution Prevention and Response (PPR 6) in London and hailed the progress towards HFO Free Arctic.However, the international NGOs working for a ban on heavy fuel oil (HFO) from Arctic shipping called on Arctic Nations Russia and Canada to step-up to their responsibilities by adding their support for a ban on HFO from use by Arctic shipping, and for Finland, Sweden…

The International Maritime Organization (IMO) made substantial progress towards the Organization’s final preparations for the new global Sulphur regulation which enters into force on 1 January 2020.A release from Danish Maritime Authority (DMA) pointed out that IMO's sub-committee on Pollution Prevention and Response met in London this week to discuss a number of issues related to the marine environment.Following up on previous decisions by the IMO concerning the entry into force on 1 January 2020 of the new 0.50 per cent limit of Sulphur content in marine fuels…

International Maritime Organization (IMO)'s Sub-Committee on Pollution Prevention and Response (PPR) meets this week (18-22 February) at IMO headquarters.According to the UN body, the meeting will focus on finalizing draft Guidelines on consistent implementation of the 0.50% sulphur limit under MARPOL Annex VI. The aim of the Guidelines is to assist in the preparations for and uniform implementation of the lower limit for sulphur content in ships’ fuel oil, which will take effect…

As a meeting of the International Maritime Organization’s (IMO) Sub-Committee on Pollution Prevention and Response (PPR 6) opened yesterday in London, the Clean Arctic Alliance called on Member States to remain focussed to the goal of developing a ban on the use and carriage of heavy fuel oil (HFO) by shipping in the Arctic.“While IMO delegates gather to discuss ways to mitigate the impacts of heavy fuel oil (HFO) – the dirtiest of ships’ fuels – on Arctic ecosystems, IMO member states must keep their sights firmly on the need for a ban… 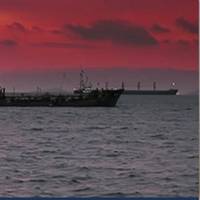 International Bunker Industry Association (IBIA) is continuing its efforts for IMO to adopt guidelines ahead of 2020 that will promote a uniform approach to fuel oil testing and reporting protocol for the verification of compliance with MARPOL Annex VI sulphur limits. Earlier this year, IBIA submitted two papers to the 5th session of the IMO’s Sub-Committee on Pollution Prevention and Response (PPR 5) proposing a way ahead on sulphur testing and compliance verification. Both papers will be forwarded to a PPR intersessional working group (ISWG) taking place at the IMO in July.

Stopping the Spread of Invasive Species

Non-native species can be spread from ocean to ocean via ship. They may be carried via ballast water or attach to the hulls and other parts of ships, hitching a ride across the oceans. International Maritime Organization (IMO) is addressing this problem through the Ballast Water Management (BWM) Convention, which entered into force in September 2017 and requires ships to manage their ballast water to limit the spread of aquatic organisms. Also, IMO’s Biofouling Guidelines address bioinvasions via ships’ hulls.

The 0.50% limit on sulphur in fuel oil on board ships (outside designated emission control areas) will come into effect on 1 January 2020. Ensuring consistent implementation of the 0.50% requirement is a key item on the agenda of International Maritime Organization (IMO)'s Sub-committee on Pollution Prevention and Response (PPR) which meets this week (5-9 February) at IMO headquarters, London. The meeting will also continue to look at how to measure black carbon emissions from shipping. 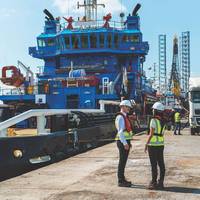 Work to support the smooth and effective implementation of the 0.5% m/m global sulphur cap on fuel oil used by ships will be a main focus for the Sub-Committee on Pollution Prevention and Response (PPR), 4th session, which meets this week (16-20 January). The Sub-Committee will consider what additional measures may be needed to promote consistent implementation and will report with a justification and scope for further work to the Marine Environment Protection Committee (MEPC 71), which meets in July. The MEPC decided at its last session to implement the 0.5% limit from 1 January 2020. 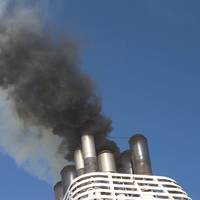 Exhibition on Risk of Oil Pollution from Ships

The International Group is collaborating with the International Maritime Organization (IMO), International Oil Pollution Compensation Fund (IOPC) Funds and other industry organisations to produce an exhibition at the IMO to mark the achievements of the international community over the past 50 years to achieve a sustained reduction in major oil spills from ships; to establish effective systems for preparedness and response if there is an incident; and to create a comprehensive mechanism for providing compensation.

IMO Sets 2020 Date for Ships to Comply with Emission Requirements 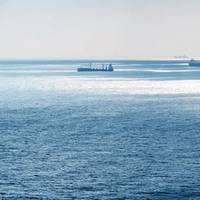 In a landmark decision for both the environment and human health, 1 January 2020 has been set as the implementation date for a significant reduction in the sulphur content of the fuel oil used by ships. The decision to implement a global sulphur cap of 0.50% m/m (mass/mass) in 2020 was taken by the International Maritime Organization (IMO), the regulatory authority for international shipping, during its Marine Environment Protection Committee (MEPC), meeting for its 70th session in London. 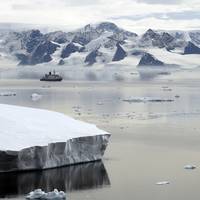 The Marine Environment Protection Committee (MEPC) of the International Maritime Organization (IMO) meets for its 68th session from May 11-15, 2015, at IMO Headquarters in London. Items on the agenda include the proposed adoption of the environmental part of the Polar Code and associated draft MARPOL amendments to make the Code mandatory; the implementation of the Ballast Water Management Convention; further work on air pollution and energy efficiency measures; and a proposal to extend the Great Barrier Reef and Torres Strait Particularly Sensitive Sea Area (PSSA) to parts of the Coral Sea.

MO’s  Working Group on the Evaluation of Safety and Pollution Hazards of Chemicals (ESPH 19), meeting at IMO Headquarters from October 21-25, has agreed to classify high-viscosity PIB (Polyisobutylene) as category X  for carriage by ship, thereby prohibiting the discharge of cargo residues into the sea. The categorization and carriage requirements for high-viscosity PIB will be included in the annual MEPC.2/Circular on the Provisional categorization of liquid substances, usually issued by IMO on 17 December each year and will be proposed for inclusion in the next edition of the  International Code for the Construction and Equipment of…