Danny Wan, who has been the Port of Oakland’s interim executive director since July, is now  appointed to that role on a permanent basis.The Port’s governing Board selected Wan, who was was Port Attorney for six years earlier, at a special meeting on November 14. He replaces Chris Lytle who retired in July after six years at the helm in Oakland. The announcement caps a two-month, nationwide search."We're fortunate to have Danny as the Port's new chief executive - not only is he an experienced public professional…

The Port of Oakland, a container ship facility located in Oakland, California, in the San Francisco Bay, said that July was the busiest in the Port’s 92-year history for containerized import cargo. According to the Port, it handled the equivalent of 90,598 20-foot import containers in July. It was the first time ever that Oakland import volume had crossed the 90,000-container threshold in a single month.The total surpassed the Port’s old monthly record of 87,207 containers set in June 2018, it said.July import volume was up 7.5 percent from the same period a year ago.

The Alameda County Transportation Commission has received $12.45 million from the California Transportation Commission for the implementation of the Freight Intelligent Transportation System (FITS) program at the Port of Oakland.FITS includes 15 freight technology demonstration projects designed to address traffic management, security systems and roadway improvements at the Oakland seaport. The funding comes from California Senate Bill 1 funds.The Port said FITS will reduce congestion and improve traffic flow for truckers who haul cargo containers in and out of Oakland.

The Port of Oakland reported a record-setting 2018 in cargo movement, on account of an expected spike in imports aimed at beating new tariffs on goods shipped from China.According to data released by the port, it handled the equivalent of 2.55 million 20-foot containers last year. That was up 5.2 percent from 2017 volume. It was the second straight year of record volume in Oakland, the Port said.According to Port figures, 2018 import cargo volume increased 5 percent while exports declined 3.5 percent.

Port of Oakland Cautious on 2019

The Port of Oakland had its busiest November ever for imports in 2018, shattering an 11-year-old record. The Port said today that it handled the equivalent of 83,364 loaded 20-foot import containers last month. That beat the old November record of 76,902 containers set in 2007. November imports were up 15 percent over the same period in 2017.The Port attributed the increase in cargo volume to continued strong U.S. consumer spending. It added that importers are rushing cargo into the U.S.

Tall Ship Lady Washington will be docked at Jack London Square at the foot of Broadway, Saturday and Sunday, informed a press release from Port of Oakland.Visitors can experience maritime history by taking a vessel tour for a small donation to the floating museum. There are also ticketed sailing trips on San Francisco Bay.Lady Washington was built in Aberdeen, Washington, by the Grays Harbor Historical Seaport Authority and launched in 1989. She is a full-scale replica of the…

The Port of Oakland released a new 5-year strategic plan today that pairs business expansion with community benefits. Called “Growth with Care,” the plan envisions more jobs and economic stimulus as the Port grows. According to the strategic plan, Oakland cargo volume should reach 2.6 million 20-foot containers by 2022. The Port’s Oakland International Airport is expected to serve 14-to-15 million passengers annually by then. Both would be all-time highs for Oakland. Growing business volume should lead to more hiring, the Port said.

With the announcement that the BART Strike is on, the SF Bay Ferry has implemented increased service on most routes. Enhanced service will begin with a 5 a.m. Vallejo departure to San Francisco on Friday, October 18. See sanfranciscobayferry.com for all BART strike schedules. The BART strike service schedules will be in effect until BART formally announces the strike is called off. If a partial day mid-day strike occurs, San Francisco Bay Ferry will operate its strike schedule for the whole day and will return to its regular schedule the next morning. Weekend BART strike service will be provided to/from the Vallejo, Oakland, San Francisco and Alameda Main Street terminals. 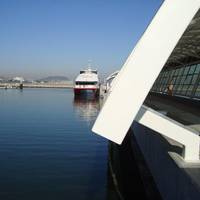 With the announcement that BART Unions and BART management have requested an extension of their negotiations for another day, the SF Bay Ferry will continue with its regular weekday schedule Wednesday, October 16. If a partial day midday strike occurs, San Francisco Bay Ferry will operate its strike schedule for the whole day and will return to its regular schedule the next morning. Weekend BART strike service will be provided to/from the Vallejo, Oakland, San Francisco and Alameda Main Street terminals. 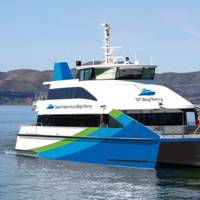 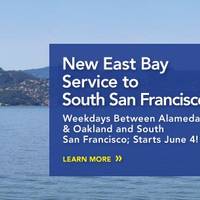 San Francisco Bay Ferry's much-anticipated service between the East Bay and South San Francisco will launch on Monday, June 4, giving commuters a fast, stress-free alternative to the daily grind of traffic on the Bay Bridge and along Highway 101. Commuters will have the option to enjoy a comfortable and scenic 40- to 50-minute ride aboard sleek, modern vessels equipped with free WiFi and a host of other amenities. And, their fare is free for the first week of service. Commuters may reserve their free seat on a first-come, first-served basis by visiting www.sanfranciscobayferry.com. 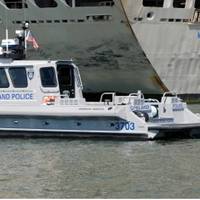 Moose Boats, a designer and builder of aluminum boats, has delivered a Moose M2-37 security and patrol vessel to the Oakland Police Department to provide expanded patrol duties at the Port of Oakland in addition to shallow draft response for Oakland’s waterfront. The procurement by City of Oakland was funded by  U.S. Department of Homeland Security’s 2010 Port Security Grant Program. The vessel is stationed at Jack London Square and will provide security patrol for critical infrastructures including the Bay Bridge and Oakland Airport’s perimeter…

O’Melveny & Myers LLP represented the Port of Oakland, the third busiest Port on the U.S. West Coast, in an inaugural bidding process for a long-term concession to operate, maintain and further develop a land water-side site comprising approximately 175 acres of its maritime operations area. The transaction is valued at nearly $700m and marks the first public-private partnership, or P3 arrangement, of its kind in the U.S. ports sector. The successful bidder for the concession is Ports America Outer Harbor Terminal, LLC, a joint venture of Ports America Group and Terminal Investment Limited. As concessionaire, it will have exclusive rights to operate the site for a term of 50 years and maximize the economic use of the area, starting in January 2010 when it will take possession of the site.

The planned South City ferry service will remove an estimated 265 cars from Bay Area bridges during rush hour, according to an environmental impact report released last week. According to the San Francisco Examiner, the report also found that an Oakland-South City ferry route would pose mostly insignificant environmental impacts on the land surrounding the Oyster Point Yacht Club, where a ferry terminal is scheduled for construction. The South City route is geared toward attracting East Bay residents who work in the city’s growing biotech center. Though the agency has received roughly $31 million in state, federal and local dollars to buy two boats and build the terminal…

Knight Ridder reports that even the U.S. Coast Guard boat throttles down and moves aside when the Susan M., Alameda County's new 85-ft. homeland security patrol boat, blasts past Jack London Square toward San Francisco Bay. The Coast Guard boat is said to be a key component of the East Bay's defense against a water-side terrorist attack. But the county's twin-engine cutter -- a sleek fiberglass vessel with a menacing pair of .50-caliber machine guns adorning its bow -- provides proof that there's a new player in town when it comes to guarding the Bay Area from offshore intruders. Alameda County, led by its sheriff, Charles Plummer, has…