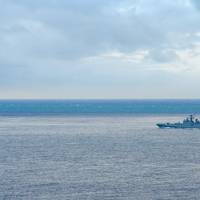 Iran, China and Russia began joint naval drills on Friday in the Indian Ocean and Gulf of Oman, in what Moscow said was an unprecedented exercise in naval cooperation and training.Waters around Iran have become a focus for international tensions, with the United States exerting pressure for Iranian crude oil sales and other trade ties to be cut off."The message of this exercise is peace, friendship and lasting security through cooperation and unity... and its result will be to show that Iran cannot be isolated…

PetroChina has shipped its first gasoline to Canada on June 20, the company's official newspaper said on Thursday.   35,000 tonnes of gasoline was shipped from PetroChina's Guangxi Qinzhou refinery to Vancouver, PetroChina said, marking the company's latest efforts to expand sales in new markets such as Japan and Australia amid a rising domestic glut in fuel products   Sinopec's Tianjin refinery also shipped diesel to Australia for the first time on Tuesday.   Reporting by Meng Meng and Aizhu Chen 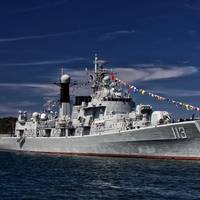 China's navy will carry out combat drills in the South China Sea, the military's official newspaper said on Friday, describing the move as part of regular annual exercises. Taiwan's defence ministry said this week it had shadowed a Chinese aircraft carrier group traversing the Taiwan Strait in a southwesterly direction - meaning into the disputed South China Sea - in what Taiwan judged to be a drill. In a brief report on its WeChat account, the People's Liberation Army Daily said the combat exercises would take place shortly…

The U.S. Pacific Fleet Commander has warned of a possible arms race in the disputed South China Sea which could engulf the region, as nations become increasingly tempted to use military force to settle territorial spats instead of international law. Commander Admiral Scott Swift urged nations, like China, to seek arbitration to settle maritime disputes. "My concern is that after many decades of peace and prosperity, we may be seeing the leading edge of a return of "might makes it right" to the region," Swift said on Monday in a speech in Hawaii, according to a copy seen by Reuters. "Claimants and non-claimants alike are transferring larger shares of national wealth to develop more capable naval forces beyond what is needed merely for self defence," Swift said.

China has launched regular military exercises in the Yellow Sea and the Bohai Strait, says the Chinese People's Liberation Army's Daily, the Chinese military's official newspaper. The China's military newspaper reported that eight days of "military missions" had begun on Friday in the northern parts of the Yellow Sea and the Bohai Strait, adjacent to the Korean Peninsula. Until next Friday, China's maritime authorities have banned ships from sailing in the affected areas. The brief report did not give details, including the purpose of the drills or how many troops were mobilized.

China on Monday hit back at "irresponsible remarks" from the United States which has called on Beijing to stop a land reclamation project in the disputed South China Sea that could be large enough to accommodate an airstrip. China lays claim to almost all of the entire South China Sea, believed to be rich with minerals and oil-and-gas deposits and one of Asia's biggest possible flashpoints. Brunei, Malaysia, the Philippines, Vietnam and Taiwan also have claims. The comments by China's foreign ministry signal that Beijing would firmly reject proposals by any country to freeze any activity that may raise tension. Media reports over the weekend cited U.S.

The Egyptian authorities claim to have foiled an Iranian attempt to blow up Israeli vessels in the Suez Canal, the  government-linked newspaper Al-Ahram Weekly has reported. Details of the alleged plot are likely to escalate tensions between Israel and Iran, according to The Independent, who are locked in a stand-off over Tehran's nuclear programme that many fear could trigger a new war in the Middle East. Israeli officials were unable to confirm the details, but said it was significant that the report had been published in a semi-official newspaper. Quoting state prosecutors, Al-Ahram said Egyptian police were holding two Egyptian nationals who are charged with receiving orders and payment from Iranian agents to blow up an Israeli ship.