As part of President Obama’s comprehensive plan to move our economy toward domestic clean energy sources and cut carbon pollution, Secretary of the Interior Sally Jewell and Bureau of Ocean Energy Management (BOEM) Director Tommy P. Beaudreau has held the nation’s first-ever competitive lease sale for renewable energy in federal waters. The provisional winner of the lease sale, which auctioned two leases for a Wind Energy Area of 164,750 acres offshore Rhode Island and Massachusetts for wind energy development, is Deepwater Wind New England, LLC. When built, these areas could generate enough combined energy to power more than one million homes. “When you think about the enormous energy potential that Atlantic wind holds, this is a major milestone for our nation,” said Secretary Jewell.

U.S. Maritime Industry not opposing Jones Act waivers to ship petroleum to the Northeast US in fuel crisis. Thee American Maritime Partnership writes to President Obama to confirm that the U.S. Maritime Industry will not oppose waivers that are necessary to facilitate the delivery of petroleum products into the regions affected by Hurricane Sandy. Dear Mr. The domestic maritime industry stands by ready to help in any way as our nation responds to the devastation of Hurricane Sandy. Nothing is more important right now than the safety and security of our fellow Americans. Today our industry is working around the clock responding to this emergency. There is nothing new about that.

Washington, D.C. – With concerns that refinery closures in the Northeast may cause gas prices to increase further, the American Maritime Partnership (AMP) notified the Administration that American vessels have ample capacity to transport petroleum to the region from the Gulf of Mexico. AMP’s letter comes after a federal analysis omitted key data about the domestic shipping industry’s overall capacity. “Today, there is more than adequate American tank vessel capacity to address any additional refinery closures,” the AMP Board of Directors wrote in a letter to Energy Secretary Steven Chu, Homeland Security Secretary Janet Napolitano and Transportation Secretary Ray LaHood. The Northeastern United States faces possible changes in its petroleum markets because of potential refinery closures. 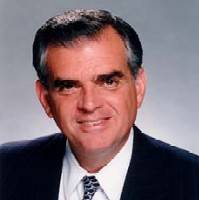 Ocean Power Technologies, Inc. is pleased to announce it will collaborate with Lockheed Martin (NYSE: LMT) in connection with OPT’s proposed commercial-scale wave power generation project at Reedsport, Oregon. Lockheed Martin will provide design, manufacturing, system integration and supply chain management expertise to enhance OPT’s PowerBuoy® technology. This builds on previous work conducted by Lockheed Martin and OPT. This collaboration follows a $2.4 million contract awarded by the US Department of Energy (DoE) to OPT as part of US Secretary of Energy Steven Chu’s initiatives announced in September 2010 to promote the development of renewable marine energy.

Gamesa Technology Corp., a global wind energy company, and the shipbuilding operations of Northrop Grumman Corp., America's largest shipbuilder, launched the Offshore Wind Technology Center to jointly develop the next generation of offshore wind systems that will be deployed in the United States and around the world. Plans call for the development of North America's first offshore wind turbines by late next year. "Virginia is pleased to be the nexus where two industry leaders will join forces in the name of offshore wind innovation," said Virginia Governor Bob McDonnell. "The Commonwealth offers all the attributes needed to provide an optimal location for offshore wind energy production, and to become the East Coast epicenter for the offshore wind supply chain. 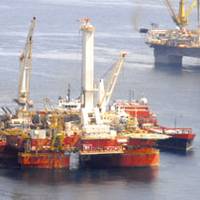 On August 3, National Incident Commander Admiral Thad Allen provided a briefing to inform the American public and answer questions on the administration-wide response to the BP oil spill. Admiral Allen reported on preparations for the static diagnostics test, or “static kill,” which BP has since conducted. While the static diagnostics test will provide more information about well integrity and improves the probability of success for the relief well, Allen stressed the importance of the relief well to ultimately kill the well.

Based on updated information and scientific assessments, Secretary of Energy Steven Chu, Secretary of the Interior Ken Salazar, and Chair of the National Incident Command’s Flow Rate Technical Group (FRTG) Dr. Marcia McNutt (Director of the U.S. Geological Survey) today announced an improved estimate of how much oil is flowing from the leaking BP well. Secretary Chu, Secretary Salazar, and Dr. McNutt convened a group of federal and independent scientists on Monday to discuss new analyses and data points obtained over the weekend to produce updated flow rate estimates. Working together, U.S. government and independent scientists estimate that the most likely flow rate of oil today is between 35,000 and 60,000 barrels per day.

(June 11, 9:00 a.m. MODERATOR: Good morning. Welcome to today’s briefing. We’ll follow the standard format today. Admiral [Thad] Allen will give the daily update and then we’ll take 10 minutes of questions from the floor and 10 minutes from the phone. Admiral? ADMIRAL ALLEN: Thank you. Good morning. Since it’s Friday, I thought I’d review some of the basic numbers of the response and talk a little bit about some strategic issues regarding the skimmers which are becoming increasingly important in this response as it spreads out (inaudible). Be glad to answer any questions you may have for me at that point. Just to summarize where we’re at on this Friday regarding people—about 25,000 are on the ground down there. This has become the largest oil spill response in our nation’s history.

Under the direction of National Incident Commander Admiral Thad Allen, the Flow Rate Technical Group (FRTG), which is led by United States Geological Survey Director Dr. Marcia McNutt, and a scientific team led by Energy Secretary Steven Chu are analyzing new data and bringing together several scientific methodologies to develop an updated estimate of how much oil is flowing from BP’s leaking oil well in the Gulf of Mexico. The updated estimate, which will bring together the ongoing work of scientists and engineers from the federal government, universities, and research institutions, will be of how much oil has been flowing since the riser was cut on June 3.

“Today, I’ve spoken with National Incident Commander Admiral Thad Allen, as well as Energy Secretary Steven Chu, Interior Secretary Ken Salazar, EPA Administrator Lisa Jackson, and senior White House advisors John Brennan and Carol Browner regarding the ongoing efforts to stop the BP oil spill. From the beginning, our concern has been that the surest way to stop the flow of oil – the drilling of relief wells – would take several months to complete. So engineers and experts have explored a variety of alternatives to stop the leak now. They had hoped that the top kill approach attempted this week would halt the flow of oil and gas currently escaping from the seafloor. But while we initially received optimistic reports about the procedure, it is now clear that it has not worked.

Although the delegates to the 15th United Nations Climate Change Conference (COP15) Dec. 7 - 18 in Copenhagen failed to agree on a legally binding replacement of the Kyoto Protocol, many opportunities already exist to save energy and reduce carbon emissions through improved energy efficiency in homes, schools, offices and other commercial buildings. "While it's true that the removal of political and economic barriers would provide a significant boost to global energy efficiency, it's important to remember that many of today's technologies produce the desired effect -- improving energy efficiency, saving money and reducing carbon emissions in the process," said Robert Wilkins, president of Danfoss North America. 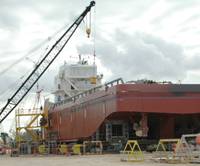 In mid July of 2008, oil prices shattered all-time records and hovered around $140 per barrel. Analysts had dire warnings of $200 per barrel oil. Gone are the days of “cheap” oil, cable newscasts screamed. Exactly a decade ago, oil prices slumped below $10 per barrel in December of 1998. Analysts then decried prices would never again rise to $40 per barrel, markets were saturated. Sound familiar? It seems commodity analysts’ predictions change as much as the nightly weatherman’s.