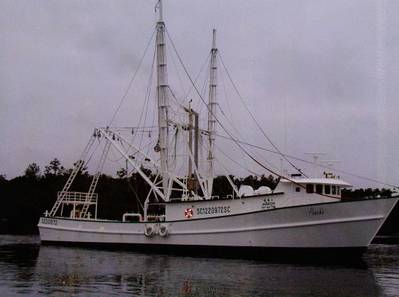 A Coast Guard aircrew medevaced a 45-year-old crewman from a 100-foot shrimper approximately 60 miles south of Intracoastal City in the Gulf of Mexico, Thursday.

Air Station New Orleans arrived on scene and hoisted the man aboard and transported him to Acadiana Regional Airport, where emergency medical services took him to Lafayette General Medical Center.

"This was a challenging evolution due to the complex rigging on the deck of the Poncho, which made for a difficult if not potentially dangerous hoist, since we had to lower our rescue swimmer through a narrow window," said Petty Officer 3rd Class David Garman, Air Station New Orleans. "This was my first real operation to respond to as a crewman; we frequently train with 45-foot Response Boat—Medium boatcrews from station [Coast Guard Station New Orleans], which helps our proficiency. When it's a real vessel or person in distress, training with fellow Coast Guardsmen ensures we can thread the needle safely in a critical moment."

The crewman's condition was unknown.