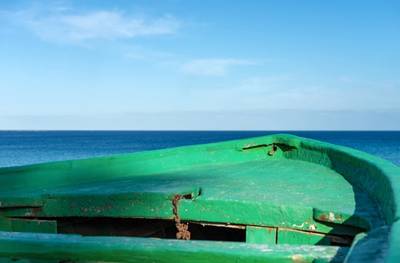 Members of European Parliament say the EU should stop channeling funds to Libya to manage migration and to train its coastguard, as the violation of human rights of migrants and asylum-seekers continues.

In a debate in the Civil Liberties Committee with representatives of the Commission, Frontex, UNHCR, the Council of Europe and NGOs, a majority of MEPs insisted that Libya is not a “safe country” for disembarkation of people rescued at sea and demanded that the cooperation with the Libyan coastguard stops.

Most of the speakers acknowledged the challenges faced by front line countries receiving most of the migrants and asylum-seekers fleeing Libya, namely Italy and Malta, and underlined that the European common asylum system needs to be reshuffled, with a focus on solidarity among member states and respect of international legislation. Others made clear that member states are entitled to protect their borders, especially in the middle of a health crisis such as the current one. Some instead criticized the closure of ports due to the COVID-19 pandemic and stressed that letting people drown cannot be a solution.

In recent years, Europe has had to respond to the most severe migratory challenge since the end of World War II. The unprecedented arrival of refugees and irregular migrants in the EU, which peaked in 2015, exposed a series of deficiencies and gaps in EU policies on asylum, external borders and migration.

According to UNHCR, the human rights situation inside Libya is extremely complicated, in the context of intensifying combat, the coronavirus crisis and the high number of economic migrants, refugees and internally displaced people needing material and humanitarian assistance. Around 1,500 people remain in detention centers in appalling conditions, arbitrary detentions continue to take place and resettlement schemes of the most vulnerable people to neighboring countries have been suspended.

Since the beginning of the year, 3,277 persons have arrived in Italy by sea and 1,135 in Malta. On April 1, the EU naval Operation Irini succeeded Operation Sophia, with a focus on enforcing the arms embargo to Libya, in an attempt to contribute to the pacification of the country.

A Kuwaiti livestock ship, without animals aboard, was being held off Australia’s west coast after six crew members tested…