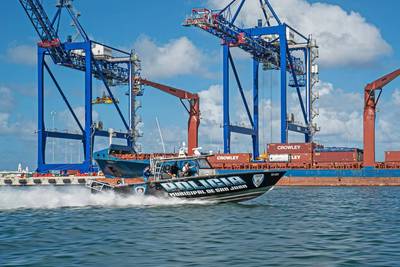 The San Juan Police will use the new vessel to support a wide range of missions, including port security and law enforcement to the Port of San Juan and the metropolitan San Juan coast, as well as dive operations throughout the island.

“Puerto Rico presents unique challenges from a maritime law enforcement perspective due to the vast range of missions routinely conducted by its agencies, including disaster relief, search and rescue, counter narcotics, border patrol, and interdiction missions, all of which may be performed in heavy offshore conditions,” said Metal Shark’s vice president of international business development, Henry Irizarry.

“The design, construction and performance characteristics of this highly capable craft have been extensively proven in Puerto Rico’s demanding open-ocean conditions, with the Puerto Rico Police Department logging over 3,000 hours per year in its Metal Shark 36 Fearless vessels,” Irizarry said. “Metal Shark’s performance, durability and safety, as demonstrated and proven by the PRPD over years of around-the-clock operation, made the selection of this vessel a logical choice for the San Juan Police.”

In addition to this newest delivery, Metal Shark noted it has multiple other projects for Puerto Rico in various stages of development, including a custom 27-foot vessel currently being built for another Puerto Rico government agency. 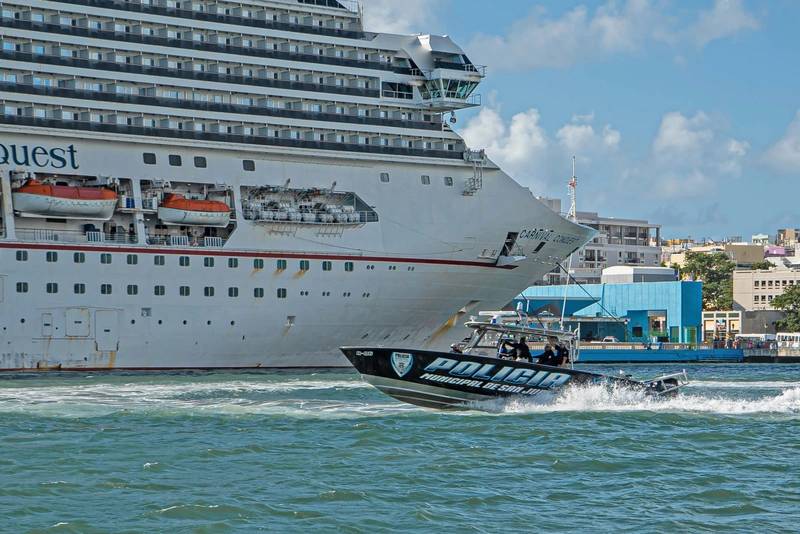