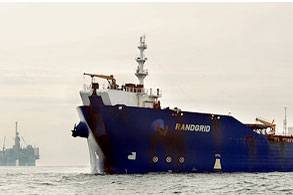 The Heidrun platform in the Norwegian Sea shipped its oil cargo no. 1000 on 7 August. Heidrun's oil production to date has already exceeded the total volume expected to be produced through the field life.

The Heidrun platform came on stream on 18 October 1995. When the plan for development and operation (PDO) was submitted to the authorities four years earlier, the estimated production from the field was slightly more than 750 million barrels of oil.

When cargo number one thousand was shipped, the field had delivered almost 820 million barrels.

"The production regularity has been impressive through the 14 years on stream," said Victor Sneberg, vice president for Heidrun production.  And there is more oil and gas in store. The field will now undergo major upgrading, ensuring operations for 20 years to come. The upgrading of the gas processing capacity is underway, and will provide further benefits for the field and its owners.

"We are facing a highly challenging tail production which will be technologically and economically demanding. There are exciting times ahead for the Heidrun organisation," Sneberg said. The shuttle tanker Randgrid had the pleasure of transporting the milestone cargo from Heidrun. The tanker arrived at StatoilHydro's crude oil terminal at Mongstad near Bergen on S9 August. The shuttle tankers transporting oil from Heidrun have been sailing safely without accidents between the field and the various terminals.