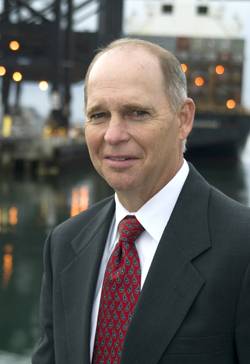 U.S. Transportation Secretary Ray LaHood today announced that 46 transportation projects in 33 states and Puerto Rico will receive a total of $511 million from the third round of the U.S. Department of Transportation’s popular TIGER (Transportation Investment Generating Economic Recovery) grants program.

The Department of Transportation received 848 project applications requesting a total of $14.29 billion. Four of the 46 capital project funding requests selected for awards go directly to America’s port-related infrastructure, totaling $62,238,246, or about 12 percent of the total $511,423,147 in capital grant funds available. Millions more go to projects that indirectly aid the efficient movement of goods to and from America’s seaports. “DOT Secretary LaHood has indicated on numerous occasions the value and importance of seaport-related infrastructure to America’s overall transportation system and our nation’s competitiveness in global trade,” said American Association of Port Authorities President and CEO Kurt Nagle. “We applaud this recognition of the critical role our nation’s ports play and the federal support in TIGER III for seaports.”

Mr. Nagle added, “Considering the vast number of applications submitted for the relatively small pot of money available, we recognize there was a lot of competition for the limited funds. However, we will continue to advocate for a 25 percent share of future TIGER grants, which we believe is the appropriate amount since port infrastructure investments are one of the four eligible areas (along with highways/bridges, transit, and freight/passenger rail) for the program.”

Since the program’s inception as part of the American Reinvestment and Recovery Act, AAPA has been a strong supporter of the TIGER multimodal discretionary grant program. In the first round of TIGER grant awards, port-related infrastructure projects received only 8 percent of the original $1.5 billion. In the second round of grants, port-related infrastructure did better, garnering approximately 17 percent of the total $556.6 million in capital grant funds available.
Projects directly related to seaports included in TIGER III awards are: