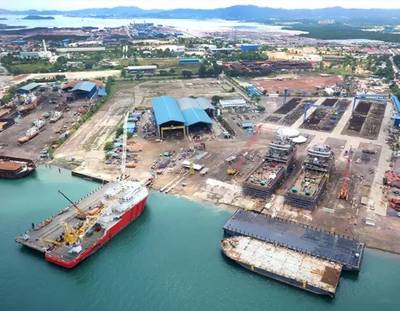 Australian offshore vessel operator MMA Offshore has completed the sale of its shipyard in Batam, Indonesia.

The planned sale was first announced back in May when MMA Offshore said it would sell its shipyard facility to Wasco Engineering Group.

"The final installment of the US$15 million purchase price has been received with the total proceeds from the sale to be used to make a voluntary prepayment of amortization on the company’s debt facility," MMA Offshore said Friday.

MMA Offshore said that this debt reduction was expected to result in interest savings of ~A$1.3 million per year and that it deferred the next scheduled amortization payment to June 2024 (A$5.5 million) with a final amortization payment of A$7.5 million be completed prior to the facility maturity in January 2025.

Following the completion of the sale, MMA’s net debt position (including ~A$13 million of lease liabilities) has reduced to ~A$30 million (on an unaudited basis) which equates to a net debt leverage ratio of less than 1.0x, based on the Company’s FY22 EBITDA, the company said.

As a result of the transaction, MMA Offshore's net tangible assets (“NTA”) have increased by ~ 5 cents per share from the 30 June 2022 NTA position of 95 cents (on a pro-forma basis), the company said.

MMA’s Managing Director, David Ross said: “We are pleased to conclude the sale of the Batam shipyard facility which completes MMA’s non-core asset divestment program. Our strengthened balance sheet provides additional flexibility with regard to capital management and positions MMA well to take advantage of growth opportunities and capitalise on the positive momentum we are currently seeing in our key markets.”

Uptime International has secured two contracts with Cochin Shipyard in India, for the supply of logistics systems to be included…

WindServe Marine, a U.S. offshore wind support services company, has secured a loan from The Washington Trust Company, for…

Chinese coking coal futures extended losses to hit their lowest in four weeks on Wednesday, as traders kept an eye on a batch…