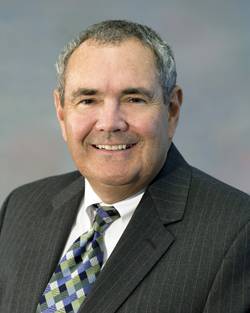 Waterways Council, Inc. (WCI) President & CEO Michael J. Toohey has issued the following statement regarding last evening’s unveiling of President Obama’s American Jobs Act.  WCI and its members support the Nation’s waterways and its infrastructure as a way to create family-wage jobs and enhance reliability of this transportation system that can help the President achieve his stated goal of doubling U.S. exports in the next four years:

We appreciate the President including inland waterways in his American Jobs Program.  Investment in the waterways will put Americans back to work to build and modernize 24 priority navigation projects that have been authorized by Congress.   In fact, the waterways industry has developed a funding proposal – The Inland Waterways Capital Development Plan – to help pay for this through a user fee that fairly distributes the cost of modernization of this vital transportation system.   With Congressional action these projects are ready to be funded in the states of Ohio, West Virginia, Illinois, Kentucky, Pennsylvania, Washington, Arkansas, Tennessee, Texas, Louisiana and Missouri.

With a nearly 20% unemployment rate in the construction industry, investment in our Nation’s aging inland waterways transportation infrastructure will employ Americans in family-wage jobs for the next 20 years on these priority projects.

The construction of more efficient locks and dams could also help continue to keep America competitive in the world marketplace by increasing our exported products, a natural boon to our economy and positive trade balance.

The President, who spoke at a Labor Day rally in Detroit, said, “There is work to be done and there are workers ready to do it…Labor is onboard, business is onboard; we just need Congress to get onboard.  Let's put America back to work.”

Indeed, investing in the Nation’s waterways transportation infrastructure and  the sectors and systems that were once – and still remain -- the foundations for our country’s growth, is a solution for increasing our exports and putting American workers back on the job.

We stand ready to work with Congress on a bi-partisan basis to keep America moving for the long-term.