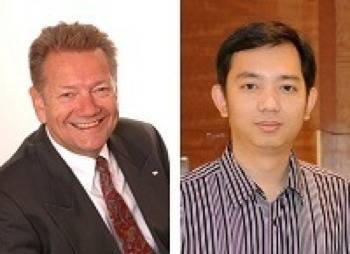 Wilhelmsen Ships Service (WSS) has opened its first office in Myanmar (formerly Burma) as part of its global expansion programme.

Since Burma has opened up to foreign investment following recent political reform, WSS has made plans on how to offer its customers a direct service from inside the country. The company has concluded the time is right to play a role in shaping Myanmar’s ports, shipping and offshore service sectors.

“With borders to China, Thailand, India, Laos and Bangladesh, Myanmar has strategic regional importance. We have been looking to expand into the country for some time, but it was necessary to wait until the market conditions were favourable. This is a high-growth market and we believe that the right time is now.”

“The market does not expect to see a significant increase in vessels calling at Myanmar this year. However; increased exploration activities are expected in the offshore and energy industry with the continued presence of oil and gas majors. Also, there are signs of increased trading with Japan, Europe and the US.”

Following the official opening earlier this year, the WSS office is now operational. To ensure that the needs of clients in the country are fully met, the company has brought in Business Development Manager Wai-phyo Naing.

Between January and April, the number of containers full of cargo (export) fell by 12.72% and those unloaded (import) increased…