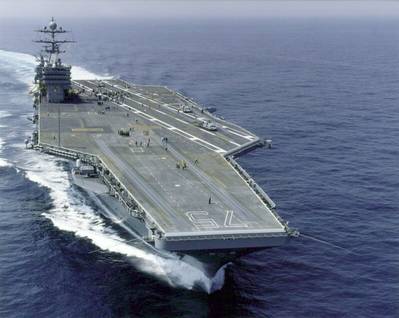 The five-year cost-plus-award-fee and incentive fee contract also includes the ability to provide for any continuing or emergent maintenance repairs on any of these East Coast aircraft carriers.

In addition, NASSCO–Norfolk was awarded a $23 million cost-plus-award-fee modification for the USS Harry S. Truman (CVN-75) fiscal 2016 Planned Incremental Availability, as part of an add-on to a previously awarded contract. Under this contract, the company will provide ship-repair services such as the planning and execution of depot-level maintenance, alterations and modifications that will update and improve the ship’s military and technical capabilities. Work will be performed at the Norfolk Naval Shipyard in Portsmouth, VA., and is expected to be completed by May 2017.