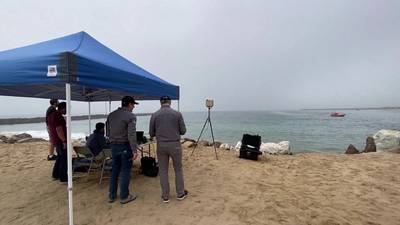 “Synergy” is an overused word.  But in the case of the “Advanced Naval Technology Exercises” that are held around the country, ANTX is truly a sum greater than its parts.

ANTXs are conducted by the Naval Research & Development Establishment (NR&DE) and hosted at the various Naval Warfare Centers to demonstrate emerging technologies and innovations aimed at solving Navy and Marine Corps problems and addressing mission priorities and gaps.  They are not so much exercises, which usually denotes training, but more like technology demonstrations.  But while they culminate in a demonstration of these newly developed capabilities for stakeholders, those demonstrations are often months in the making involving the various teams.

According to the ANTX website, ANTXs bring industry, academia, and government research and development organizations together to “align technical innovation with operational needs,” and “evaluate the utility of new technologies before decisions are made on investment priorities.”
ANTX can bring participants representing very different technologies and unique approaches together to form teams that can address larger problems.

“NAWCAD successfully transitions much of its ANTX technology from demonstration to deployment because of our narrow focus on very specific capability gaps,” said Schmidt.  “ We typically target a transition exit to the PEOs (program executive offices)  and program offices, to deliver a capability for the fleet. We pose and define problems, and leverage cooperation, to rapidly deliver solutions with a near-term focus.”

“We try to find technology that fills warfighting gaps and solves warfighting problems,” said Schmidt. “We’re looking for technology to get out to the warfighter and providing that forum for DOD, industry and academia to participate and showcase capabilities and how they would interface with a warfighting environment.”

Schmidt said ANTX provides a realistic environment for experimentation.  “We’re very focused on technology.  We want to solve a specific problem, and specifically determine if that system or solution will work, and do so in that warfighting environment for a Sailor or Marine.”

Schmidt said the ANTX scenarios provide the opportunity to “take technology and see if it works.”

“We have a test wing with four squadrons, 128 state of the art labs, plus the Atlantic Test Range—thousands of square miles in the Atlantic Ocean--and its resources and instrumentation. NAWCAD provides a world class venue for experimentation and test that is replicated nowhere else in the world.” Schmidt said.  “We take advantage of Cooperative Research and Development Agreements. CRADAs let industry and academia use our test ranges and aircraft at no cost to them, and we get to see their technology in a realistic and operationally relevant environment--at no cost to the government.”

“To test and fail is still a valuable learning experience,” Schmidt said. 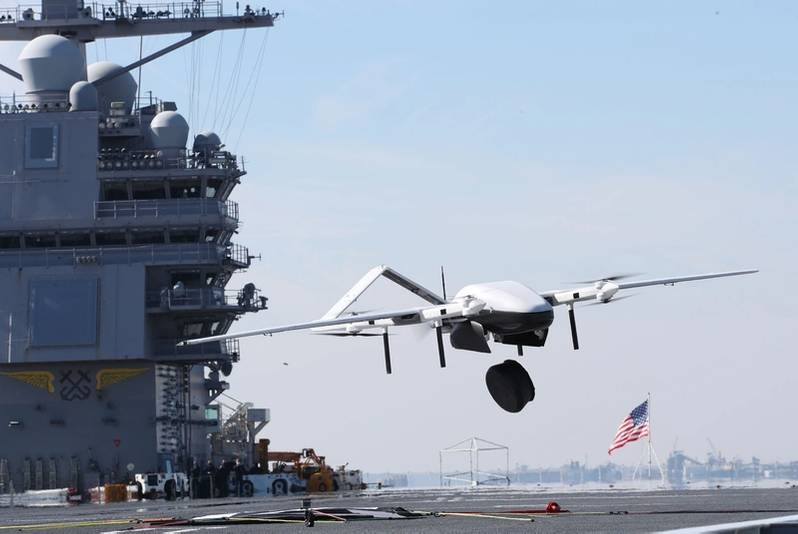 NAWCAD is experimenting with logistics Unmanned Aircraft System (UAS) commercial vehicles to prototype a long-range naval ship-to-ship and ship-to-shore cargo delivery system as part of the Navy’s “Blue Water” UAS capability.  The system was tested aboard the USS Gerald R. Ford (CVN 78) during ANTX 2021.ANTX Coastal Trident 2021 (ANTX/CT21), held at Naval Surface Warfare Center, Port Hueneme Division (NSWC PHD) in California, encompassed more than 50 projects and 35 topics, and included more than a dozen live exercises occurring over a six-month period culminating in some demonstrations held onsite in Septembers.  One of the challenges asked participants to examine the operational and technical capabilities of port and maritime security organizations to counter asymmetric threats to the U.S. Marine Transportation Systems (MTS) and its associated personnel, operations, and critical infrastructure.

In many cases, these demonstrations brought partners into teams that have previously never worked together.  In one such event, a team consisting of Marine Arresting Technologies (MAT) of Tarpon Springs, Fla., SpotterRF of Provo, Utah, ION of Houston, Texas, and Theiss UAV Solutions of Salem, Ohio, collaborated to provide a solution to the issue of enforcing a maritime security and safety exclusion zone, and slowing or stopping a vessel from entering that restricted area without damaging the boat or harming its occupants.

The Navy provided a target and the port provided a realistic operating environment.  The industry team employed a small unmanned vessel as a force multiplier to provide an initial non-lethal response to a threat approaching the entrance to the Port of Hueneme, simulated by a Navy High-Speed Maneuvering Surface Target (HSMST) boat—that had to be slowed so security forces could get the boat to safely exit the area. These companies had not worked with each other before, but their solution successfully met the goals of the scenario.   The demonstration took place during intermittent thick fog at the harbor entrance, underscoring the importance of executing the scenario together in a real-world setting, and with representatives of several warfare centers observing.

Each of the team members brough their own specialized technology and capability.  SpotterRF’s C550 perimeter surveillance radar detected and tracked a target and passed information to the command and control (C2) hub developed by ION, which used their Marlin platform technology to plan and execute the missions for the Theiss UAV.  The UAV was fitted with a command-initiated device that discharged and arresting line in front of the vessel at the precise time and location computed the C2 system.  The radar data enabled a constantly updated solution.  The drone flew in front of the target and autonomously deployed the arresting line, which slowed the target boat.  The UAV can be recovered and the system reloaded for subsequent missions.

There are a lot of good reasons for stakeholders to take part in an ANTX.  The warfare centers that host an ANTX get in the middle of technical developments relevant to their areas of responsibility, gain insight into warfighter needs, and can engage with new and existing industry and academic research partners.  Both large primes and small entrepreneurial businesses can be exposed to specific warfighter requirements and work with actual end-users in a low-risk, consequence-free environment. 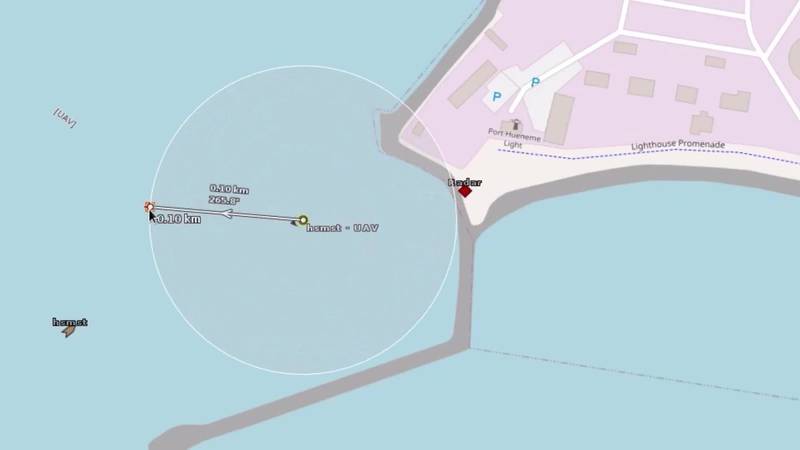