No Need for a Jones Act Waiver -AMP 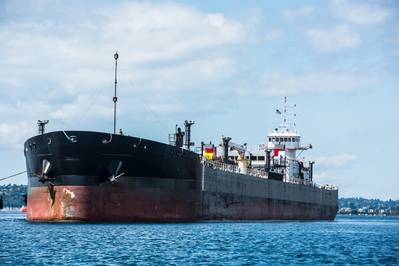 America's maritime industry has hit back at a recent request by U.S. shale drillers to waive the Jones Act, a law requiring goods transported between U.S. ports to be carried on ships that are built, owned and operated by Americans.

The American Exploration and Production Council, which represents independent oil firms that have been thrashed by an oil price war between Saudi Arabia and Russia and the fallout from the global coronavirus outbreak, sent a letter to congressional leaders "advocating for market-based solutions that will help alleviate the sever supply/demand imbalance currently happening."

A temporary Jones Act waiver would “allow American producers to move domestic products with greater ease within the U.S.,” it said in the letter to House Speaker Nancy Pelosi, Senate Majority Leader Mitch McConnell and others.

The American Maritime Partnership, answering on behalf of the domestic maritime industry -- currently battling its own hardships brought on by the oil price crash and COVID-19 pandemic -- hit back with a letter to the same government officials.

AMP pointed out that the circumstances legally necessary for a Jones Act waiver do not exist today. "Administrative Jones Act waivers are limited by law to cases where it is 'necessary in the interest of national defense' and when U.S. vessels are not available. 46 U.S.C. § 501. Clearly a waiver to allow domestic oil and gas to move 'with greater ease' is not necessary in the interest of national defense."

"There is a more-than-ample supply of domestic tankers and tank vessels available to transport domestic oil and gas now and in the foreseeable future. The American tanker and tank vessel industry is already experiencing the consequences of the challenges in the domestic gas industry, and a waiver would only exacerbate that without benefit to the U.S. economy," it said.

"A waiver would allow foreign vessels and foreign crews to enter purely domestic commerce, a bad idea in any circumstance but certainly more so during the current coronavirus crisis."