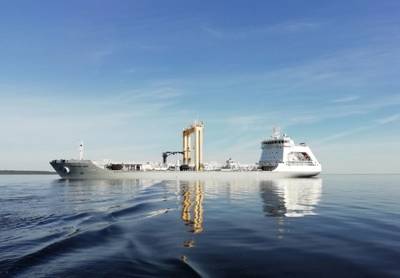 The shipbuilding and shiprepair enterprise said that the project was developed by Spetssudoproect, JSC.

The construction of the tanker Akademik Pashin is being carried out in accordance with the State Contract for the Ministry of Defence of the Russian Federation.

"It is the largest vessel which ever launched at the shipyard during its more than a century-long history. Today The tanker "Academician Pashin" has no analogues in our country," it said.

The tanker is named in honor of the outstanding Russian shipbuilding engineer, Hero of the Russian Federation, academician of Russian Academy of Science Valentin Pashin, who headed the Central Scientific Research institute named after A.Krylov more than 20 years.