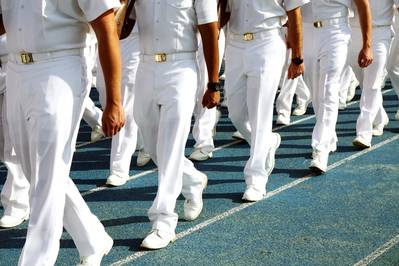 A group of U.S. Senators has introduced new legislation aiming to strengthen sexual assault/sexual harassment (SASH) prevention, response, investigation and accountability in the maritime industry and provide additional safeguards for the Midshipmen at the United States Merchant Marine Academy (USMMA).

The Improving Protections for Midshipmen Act is being put forward by Roger Wicker (R-Miss.), Susan Collins (R-Maine) and Kirsten Gillibrand (D-N.Y.) after the United States’ federal maritime academy paused at-sea training for the second time in five years amid ongoing struggles to grapple with sexual assault and misconduct against its cadets at sea.

The new bill would result in improved conditions and reduced risk to all mariners, including USMMA Midshipmen, the lawmakers said.

“The Department of Transportation’s knee-jerk reaction to pause Sea Year is not an effective way to prevent future incidents of abuse and harassment,” said Wicker. “It will have a negative impact on the professional development of current Midshipmen and increase pressure and scrutiny on survivors of assault. This legislation would protect our mariners from sexual misconduct and hold accountable those who commit these abhorrent behaviors. If these prudent measures are adopted quickly, the Sea Year can be resumed by December.”

“In light of the troubling allegations that recently surfaced at the U.S. Merchant Marine Academy, it is imperative that we do all that we can to protect students who have chosen the path of service and ensure they are able to continue their important work,” said Collins. “This legislation would strengthen sexual violence prevention, response, investigation, and accountability measures to improve cadets’ safety. Congress must remain committed to reducing the instances of sexual assault at our service academies and providing appropriate care for survivors.”

"Sexual harassment, sexual assault and violence continue to plague both the maritime industry and the U.S. Merchant Marine Academy,” said Gillibrand. “Congress must act to address this scourge and protect our mariners. The bipartisan Improving Protections for Midshipmen Act would strengthen measures relating to prevention, training, investigation and accountability and would give mariners and midshipmen more confidence in their safety."

The Improving Protections for Midshipmen Act would:

-Set up a framework to improve the USMMA’s SASH policies and procedures:

-Increase the Diversity of the Maritime Academy and Maritime Workforce:

Webb Institute announced on Wednesday that Mark Martecchini will become the 16th president in the school's history, effective July 1, 2022.