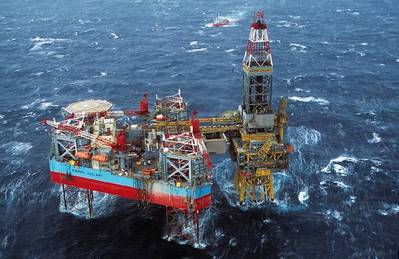 U.S. energy company New Fortress Energy Inc said on Thursday it filed with federal regulators to build an offshore liquefied natural gas (LNG) export project off Louisiana that could enter service as soon as the first quarter of 2023.

That is much faster than the usual two to four years it takes to build a land-based LNG plant and, if completed, would help the United States meet President Joe Biden's recently announced goal of sending more LNG to Europe to help allies wean themselves off Russian gas.

Last week, Biden promised that the United States would deliver at least 15 billion cubic meters (bcm) in additional LNG to Europe this year than previously planned, with more to come in future years. Read full story

Since the seven active U.S. LNG export terminals were already operating at full capacity and only a small amount of new capacity was expected to enter service this year, much of that gas would come from diverting exports that would have gone to other places, like Asia.

New Fprtress Energy said its new project will be located in federal water and would be able to export about 2.8 MTPA of LNG, or almost 0.4 bcfd of gas using its "Fast LNG" technology.

In February, New Fortress and a unit of Italian energy company Eni SpA agreed to deploy New Fortress' Fast LNG technology off the coast of the Republic of the Congo to produce up to 1.4 MTPA of LNG for a period of 20 years, with production expected to start in the second quarter of 2023.