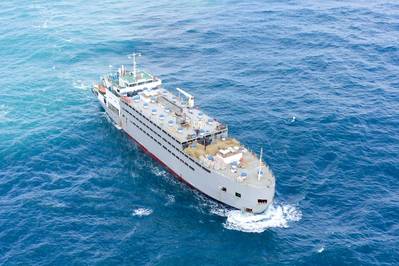 New Zealand on Friday said it had introduced new requirements for the safe transport of livestock, after a cattle ship capsized in the East China Sea last month, killing almost all its crew and thousands of cows.

Only two of the 43 crew members and more than 6,000 cattle onboard the Gulf Carrier 1, which was heading from New Zealand to China, survived, prompting authorities to suspend live cattle exports and launch a review.

The suspension expires on October 23, but a conditional ban is in place until November 30, during which time New Zealand’s Ministry for Primary Industries (MPI) can livestock exports by sea subject to the new conditions. The conditions include additional inspection of livestock ships, lowering stock density on vessels to 90% of current limits to match new Australian standards, increased requirements for voyage reporting and ensuring at least 20% of feed is available for unplanned delays.

MPI said it moved fast to ensure there’s no serious animal welfare issue for the 24,000 cows in pre-export quarantine, which would likely have to be slaughtered without the interim measures.

“We want to ensure they are moved safely. It’s important to note New Zealand does not export animals for slaughter, but as breeding stock,” said MPI Director General Ray Smith.

New Zealand has been looking into a wider policy review of live animal exports since 2019. MPI said it will advise the new government in the coming weeks after the ruling Labour party was returned to power last week.