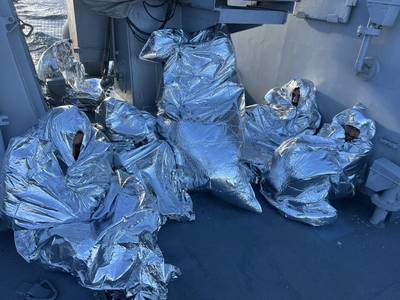 Greece rescued nine migrants and was searching for dozens of others believed to be missing after their boat sank off the island of Evia early on Tuesday, the coast guard said.

Nine people have been rescued from the boat, which sank off the southern tip of Evia, Greek coast guard spokesman Nikos Kokkalas told state broadcaster ERT. According to the migrants accounts, about 68 people were on the boat, Kokkalas said.

A coast guard vessel, a helicopter and two boats sailing nearby are taking part in the rescue operation under gale-force winds, the coast guard said in a statement.

Greece was on the front line of a European migration crisis in 2015 and 2016, when about a million refugees fleeing war and poverty in Syria, Iraq and Afghanistan arrived in the country, mainly via Turkey.

The number of arrivals has fallen since then. But Greek authorities said they had recently seen an increase in attempted entries through the country's islands and Turkish land border.